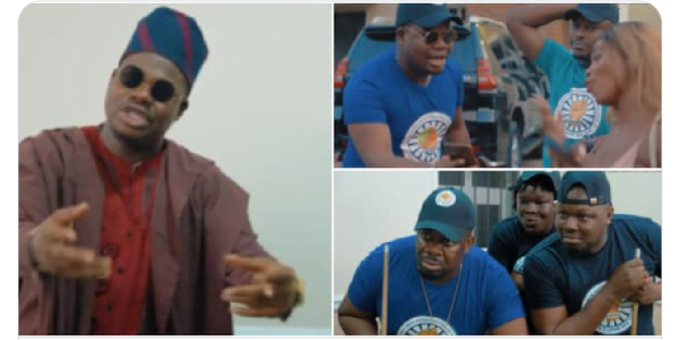 Don Jazzy’s Stingy Boys Association is gaining momentum on social media as celebrities and fans are showing interest while some have printed out their cards of membership already.

Comedian Mr Macaroni is the latest celebrity to show interest in the association and a video he shared on his social media page showed the moment he approached Don Jazzy to enlist him in the union.

Don Jazzy refused, reminding the comedian of his generous nature towards women the moment he meets them.

The music producer then called out a lady to test the comedian. Although Mr Macaroni almost failed the test, he eventually passed it after he was able to withhold himself, while noting the motto of the association.

Don Jazzy immediately gave him the union’s ID card, however, he stated that he does not trust the comedian, hence, he would be watched.

A few minutes after stepping out of Don Jazzy’s residence, Mr Macaroni was caught sending money to a woman.

Watch the hilarious video below: