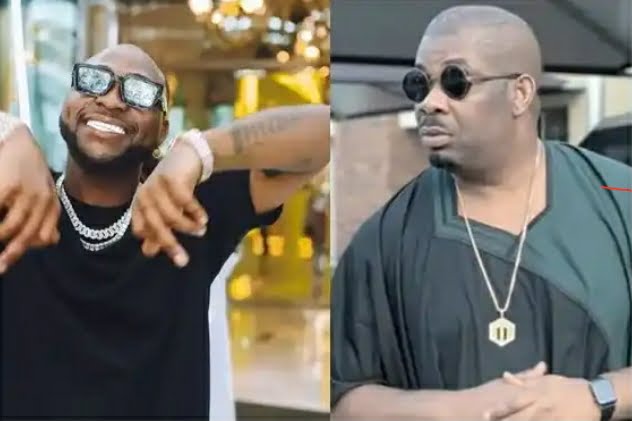 Don Jazzy, a music executive, producer, and performer, has been revealed as the greatest donor to Davido’s N100m Challenge birthday fund.

Don Jazzy, real name Michael Collins Ajereh, made his own contribution of $11,000 (N4.5 million) to Davido’s coffers after he tagged fans and celebrities to ‘bless’ his account with money ahead of his birthday on November 21.

Meanwhile, celebrities and personalities such as Femi Otedola, Aliko Dangote, Obi Cubana, Patoranking, Naira Marley, Tunde Ednut, and Larry Gaaga donated to Davido, who claimed the money was intended to clear his Rolls Royce from the port.

As a result of this latest development, the singer has now received a total of N174 million.

Wema Bank is said to have set up a meeting with Nigerian musician Davido after his bank account was slammed with millions of dollars from fans and celebrities ahead of his birthday on November 21.

The serial hitmaker and music entrepreneur had previously stated that everybody who had heard his hit song should pay him money, following which he published his bank account information online.