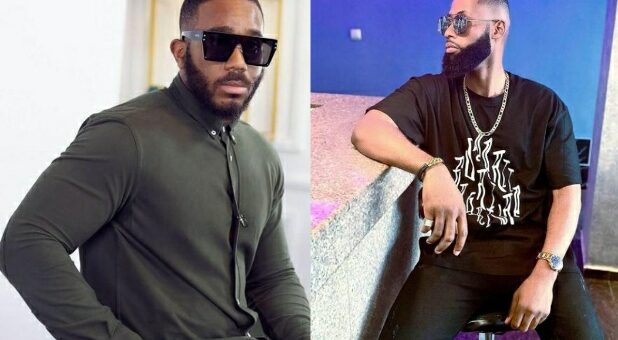 BBnaija reality show star Kiddwaya has angrily warned his senior colleague Tochi to stop calling him asking whether it is by force to answer his calls.

Kiddwaya who seems angry about something Tochi did decide not to have any form of relationship with him again hence took to Twitter to warn him to stop calling him as it’s not by force to talk to him or answer his calls.

From the chat Tochi shared online, it appears he missed Kiddwaya’s call and he got mad over that hence asking him not to call him again despite all Tochi’s effort to reach out to him and plead with his sense of reasoning, Kiddwaya doesn’t want to listen.

TRENDING NOW>>  Destiny Kids are all grown up and some are married, Checkout their lovely photos

After warning Tochi never to call him again asking whether it’s by force for him to answer his calls, Tochi also replied telling him to block him if that’s that case then he will know he wants nothing to do with him anymore.

The real reason why these two are fighting like children isn’t known but then if it happens to be because Tochi missed some few calls from Kiddwaya that’s why he’s acting like that then the claims that he acts like his name is true because only kids fight over things like this.