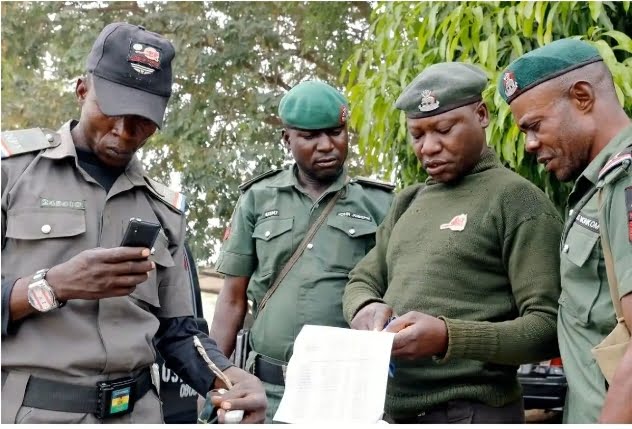 DCP Bassey Ewah, the Deputy Commissioner of Police, has urged Nigerians not to hand over their phones to police officers who stop them at checkpoints without a warrant.

Ewah said police officers conducting an investigation would submit a warrant before requesting for a person’s phone, while fielding questions during a session organized by the Police Community Relation Committee in Lagos State on Wednesday, Nov. 10.

He then advised Nigerians to refuse to hand over their phones to any officer who did not provide them with a warrant.

He said: “I stand to be corrected; please do not give any policeman who stopped you on the checkpoint your phones; it’s not our schedule. If we are investigating you, we will present a warrant and then demand for your phone. Please take note.”

In other news, the commissioner of police, Eastern Port Command CP, Tami Peterside, has presented five individuals in connection with the suspected theft and destruction of port property.

The suspects accused of operating for “many months before they were trailed and caught during an operation” in the Bua region of the state were paraded at the offices of the NPA in Port Harcourt on Wednesday November 10.

According to Peterside, some of the things stolen by the suspects were worth up to N20 million. She also stated that the accused would face charges in order to act as a deterrent to future crimes.

The accused, on the other hand, denied any wrongdoing, alleging that they “were on the waters ways for something totally different.” A boat, three gas cylinders, two spanners, rusted iron fillings, and wheat were among the things recovered from the suspects.