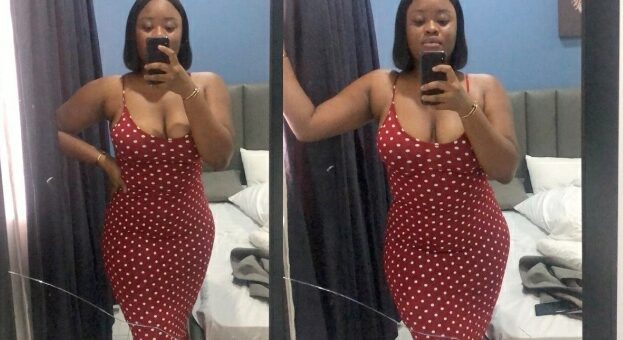 Winnie, a Twitter lady has taken to the bird app to shared her experience with a seeming good Samaritan.

The beautiful young lady narrated that the supposed good Samaritan offered her a free ride and everything was going smoothly until he parked the car by the roadside. To her utmost surprise, the man stopped the car to make request she never thought of.

According to her, the man took money out of his pocket and ask her to go and get him some roasted corn for him. Winnie, who felt embarrassed and disrespected told the man she was going to alight at that place. She wrote;

“This man gave me a free ride and parked by the road, removed money and told me to go and buy roasted corn for him. Drop me pls”

Her tweet has gone viral and Nigerians didn’t miss out the chance to make their reactions known in the comment section of the post. Ghgossip compiled some reactions below;

@Ezeonufo wrote; A simple test, she failed. Soon she starts looking for a good and God-fearing man in a so-called pastor’s house. Most times, good men analyze someone to be brought home with a simple mannered test. Imagine have a poor moral of courtesy. If not for anything…

@Kory_Babatope; You want him to leave you inside the car to go and buy the corn? You wey ur face strong like this???

@Olokos4; The guy gave you a ride …… Good. He asked you to help him but a roasted corn you refused……… Good too.

Coming to tweeter to tell us how you were badly brought up……. You just told us that you were not properly brought up….. My take ! One good turn deserve another

@Wilson_ikpeme; People can take risk o, what if you come run with the corn?

@ClementEssien6; “Help” should be reciprocal not only “respect”….

Someone is helping you you can’t just drop and buy him corn, corn he will likely share with you. If you are just going to be there gisting, you are not better than the car radio.

@freshtanner92; So he gave u a free ride and u couldn’t go and help him buy corn? this doesn’t look good on your character sha

@mroscarromero; Did he ask you to buy one or two roasted corn? That’s what matters. Maybe he thought you were hungry and wanted to help out with a quick snack.