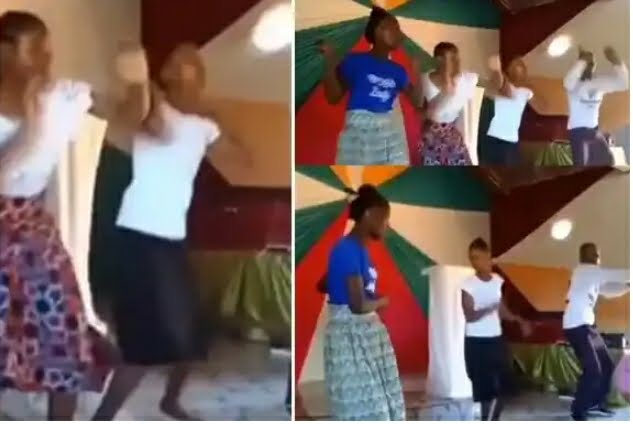 A catastrophe occurred in the house of the Lord (church) when a girl collapsed and died suddenly during a performance, while the rest of the team shockingly kept on with their presentation.

According to CorrectNG, a group of four teens took to the stage to perform a choreographed dance, but one of them appeared to pass out during the act and slumped.

Despite the fact that someone had just collapsed near them, the other three team members continued to dance. They ran to her aid when they noticed she hadn’t woken up after being immobile for a long time, but it was too late.

She was said to have later died but the cause of her death was yet to be ascertained.