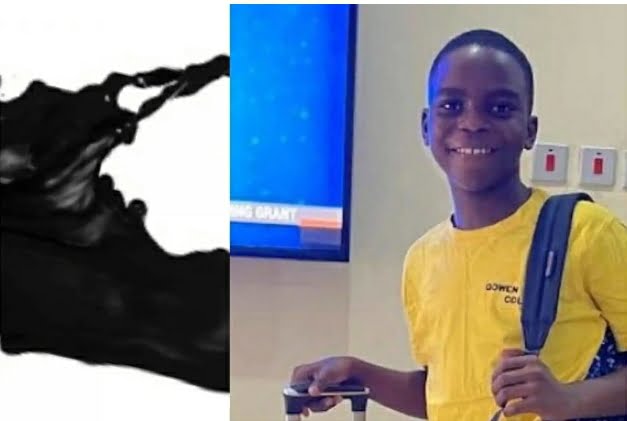 The father of Sylvester Oromoni, a 12-year-old kid who died of complications after being thrashed by several Dowen College pupils, has reportedly stated that some black chemicals were discovered in his stomach during an autopsy.

“According to the person who conducted the autopsy, they detected a black substance in his stomach,” Sylvester Oromoni’s father stated, “but he said the test to find out what it was will be carried out by the police in Lagos.”

“We submitted a petition to the Commissioner of Police, Lagos State, yesterday (Thursday),” he said of the autopsy results. Before submitting the petition in Lagos, we reported to Area Command in Warri.

“The police in Area Command (Warri) called the doctor, and the autopsy was performed yesterday (Thursday), and the results will be released.” We were told that something had been discovered in his [stomach].

Sylvester, a young boy, was reportedly beaten by his peers for refusing to join their cult. Oromoni died on November 30th following a week of illness, which was said to have started with an injury incurred on the football field.

MORE:  Atiku demands justice for Sylvester Oromoni, a Dowen College student who was allegedly brutalized by his classmates.

“I won’t bury my son even if it takes 30 years” — Late Sylvester Oromoni’s dad as he continues to demand justice.

Sylvester Oromoni: An autopsy revealed that a Dowen student died as a result of ‘chemical intoxication.’