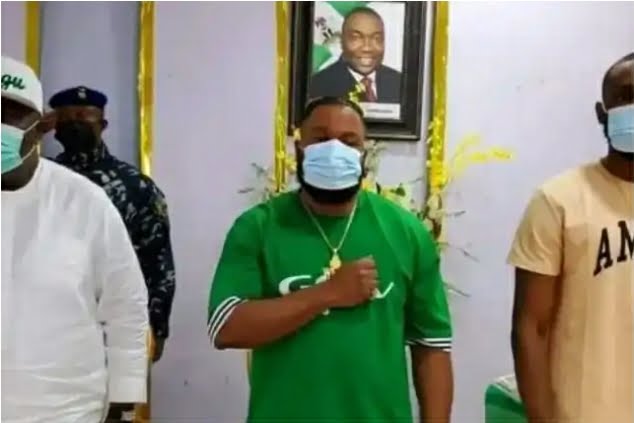 Whitemoney, the winner of Big Brother Naija Season 6, was recognized in Enugu after his return to the state.

He was received by Governor Ifeanyi Ugwuanyi of Enugu State, who announced his appointment as ambassador at a ceremony held at the state government house.

From the airport to the place where the celebration was held, Whitemoney was escorted by his buddy and former flatmate, Emmanuel, and they were treated to fantastic entertainment from cultural troops.

This comes just days after he signed a lucrative ambassadorial deal with GoTV Nigeria, which he posted with his over a million Instagram followers, expressing his deep appreciation to GoTV’s owners, Multichoice, for inviting him on board to join their winning team.

Messages of congratulations have been pouring in since the Enugu State Governor announced his new title.

A few comments are included below;

maryinheachukwu
So, that’s our indefatigable governor and Whitemoney with our nice and peace-loving Enugu State people. Congratulations, brother.

osyezinwa
I’m not sure what I’ll call Mazi, ambassador, honorable, sir, but please don’t forget to use his title whenever you address him since levels are high.