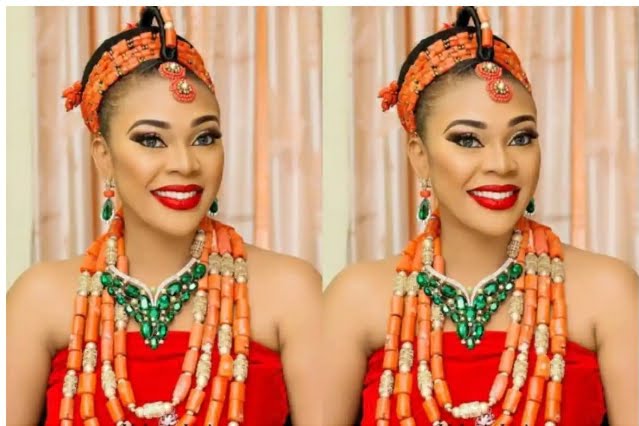 Ehi Ogbebor, an interior designer, responded to a troll who claimed the juju she put on her new partner will soon expire on him, claiming she doesn’t need it to have a man.

The troll, who was commenting on a video of Ehi Ogbebor and her new man having fun at an event, stated the juju she placed on him will soon expire, much like the juju she used on other men.

Ehi Ogbebor responded to the troll who mocked her by stating she’s hurting because she has a man in her life and that she’s going to call her baba to tighten the juju, claiming that if you meet her in person, you’ll realize she doesn’t need it.

Amanda Williams reacted by saying that even a blind person understands she can’t do juju since her beauty and brain, not juju as some people believe, are what work for her with these men, and Ehi Ogbebor responded by telling Amanda that she’s clever to say so.

Most of Ehi Ogbebor’s previous relationships never lasted, and this most recent one began in October of last year, and some people are waiting for it to end.