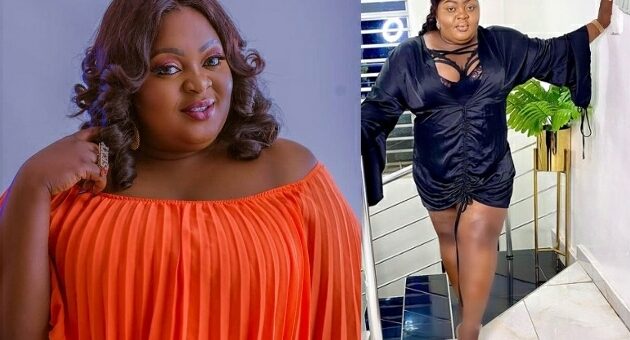 Actress Eniola Badmus has written an epistle to show a curious fan of hers who asked whether she’s depressed after preaching about love to show she’s not.

Eniola Badmus posted on her Instagram page preaching about love asking individuals to let go of the hatred and let love lead in everything, and a follower of hers thought there’s more to that hence asked whether she’s depressed.

Eniola Badmus replying to the follower of hers wrote an epistle listing the things she does and how mighty she is saying with all these nothing can make her depressed and that she’s happy and a boss as well.ADVERTISEMENT

According to Eniola Badmus, she is good at cashing out, steady living her best of the best life, she doesn’t worry and thinks of anything because she has all the connections that can never be broken again and all her niggas are rich.

Adding that she eats whatever she feels like eating, she isn’t owing anyone and is also in no competition with anyone and she knows all the top, top people in the country and is grateful to God as she also put smiles on the faces of others among other things.

Eniola Badmus went on and on to list her daily activities just to prove that she’s not depressed but then seems to have forgotten that someone can have all these or even more than these and still be depressed with something else.