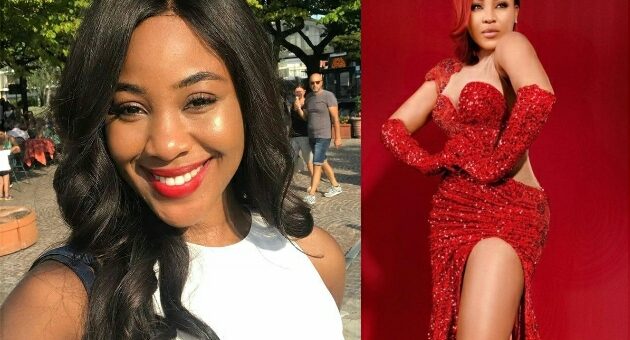 BBnaija reality show star Erica has savagely replied to a troll who said her dress sense is ZERO while reacting to a new photo of hers on Instagram.

The troll who felt Erica could do more than she did when it comes to fashion told her that her dress sense is ZERO based on the kind of dress she wore in the photo she shared on Instagram and replying to that Erica was savage.

According to Erica, even though her dress sense is ZERO, she’s been paid to wear clothes while the troll claiming her fashion sense is zero pays for the internet just to check her clocks and end up being snubbed or savagely replied.

This isn’t the first time fans of Erica have prompted her about her fashion sense and the kind of clothes she wears on the gram but then it seems she has developed a tough skin for them hence replies to them savagely when she can.

While others blindly commend her for glowing in her post, some people who think what she wore didn’t look good on her were able to tell her she couldn’t glow in the dress as expected even though that is none of her business as far as she gets her money.