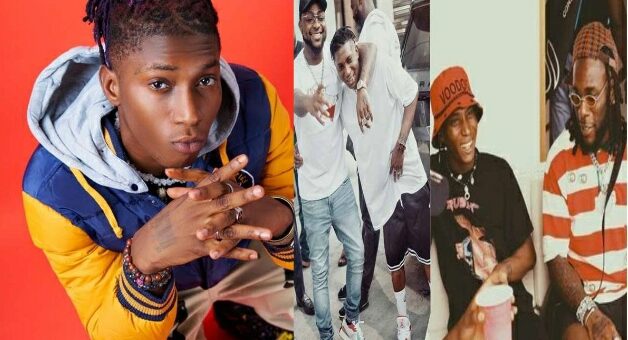 Sensational Nigerian Afrobeat singer, Bella Shmurda have been dragged on social media after announcing a new song that features Davido, Wizkid and Burna Boy on Friday.

A Twitter user identified as Obong Roviel said that veteran music producer and record label boss, Don Jazzy was has not been able to put Wizkid Burna Boy and Davido in a studio for a collaboration.

“The fact that you’ve been recognized by this legends doesn’t mean you can make a joke out of it, this is total disrespect to them especially to burna and wizzy. You can catch your cruise with davido but limit it to the two gods of afrobeat,” another Twitter user wrote.