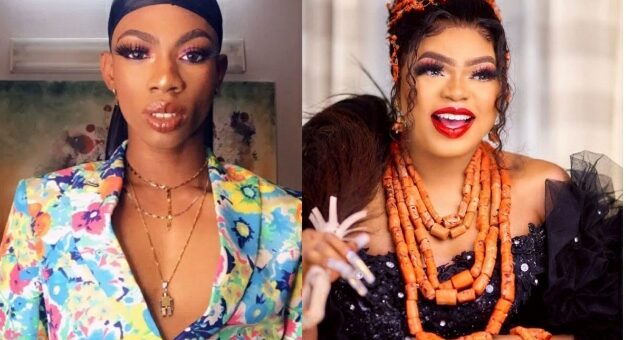 As reportedly earlier, Oye Kyme who had tattooed Bobrisky’s name on her body called Bobrisky out on social media where she accused her of assaulting her physically even after Bobrisky promised to change her life for good.

However, Bobrisky came out to deny all the allegations Oye Kyme leveled against her even including claims that Bobrisky badmouthed Tonto Dikeh to her.

In a video sighted on Tattleroom’s Instagram page, James Brown mocked Bobrisky whilst noting that fans are yet to see anything and he also indicated that his rival in the cross-dressing business will continue to be dragged.

James is obsessed with Bob,shim can’t get shim name outta his mouth

This one own ehh na matter for another day….mad people everywhere