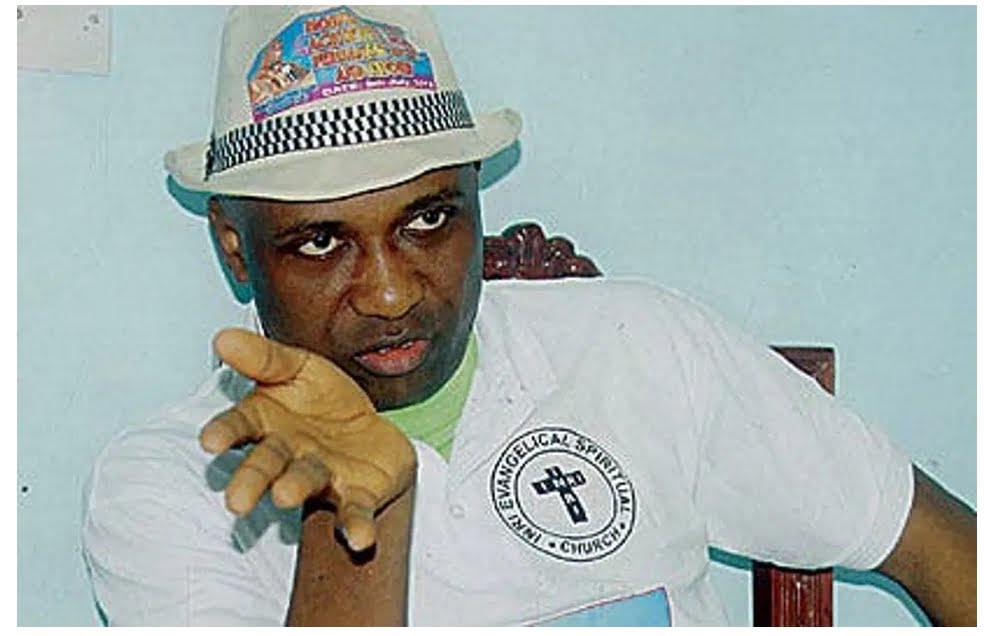 I did not mock Odumeje or Father Mbaka over failed Anambra election prophecies says Primate Ayodele.

INRI Evangelical Spiritual Church Leader Primate Elijah Ayodele has disassociated himself from claims that he verbally insulted Prophet Odumeje and Rev Fr. Mbaka on their prophesies surrounding the Anambra election, according to Newsonline.

Wothappen Nigeria obtained a statement signed by Primate Ayodele’s media aide, Osho Oluwatsin, in which he claimed to have denied ever making the statements in question and to have never granted an interview in which other Prophets were reprimanded for their predictions about the Anambra election.

National media outlets have already reported that Ayodele Chides Mbaka and Uche Odumeje were imprisoned for predicting the outcome of the Anambra election incorrectly.

Primate Ayodele made it known that he will always stands by his word always and is never intimidated by anyone but there is need for him to d isassociate himself from any false statement credited to him.

He noted that whatever any Prophets say is none of his business therefore has no hand in bringing anyone down.

Furthermore, He warned media practitioners to desist from the act of causing crisis between prophets in the country.

“There is a publication making rounds that I verbally attacked Rev Fr Mbaka and Prophet Odumeje for failed prediction on Anambra Election. I want to state it here that I never issued such statement neither did I grant such interview to whoever published the story.”

“I have no business with any other Prophets on their Prophecies, God talks to everyone differently.”

“I urge the public to ignore and thrash any statement that says I verbally attacked some prophets for their prophecies, It never came from me. I also want to advice media practitioners to desist from Publications that cause unnecessarily rivalry and crisis between men of God.”

Fr Mbaka reveals those who sold out Nnamdi Kanu

My Disappearance Was Because I Blessed Nnamdi Kanu- Mbaka Breaks Silence