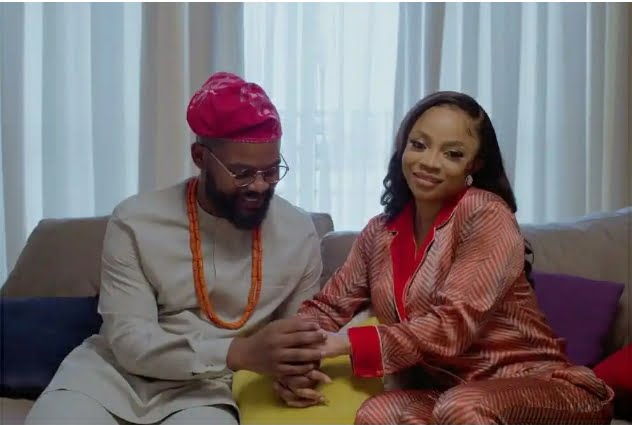 Folarin Falana,Falz a Nigerian artist, and Toke Makinwa, a radio personality, are putting smiles on Nigerians’ faces with their show Therapy.

Falz, who has been performing alongside Toke Makinwa and others since the beginning of his TV production firm House21 TV, continues to attract more views and interest from moviegoers.

It’s been over a year since Falz debuted the first episode of House 21 TV on YouTube. He, Toke Makinwa, Josh2funny, Bovi, and other comedians star in this comedy series. The second season of the show has begun, and fans are already enthralled.

The series follows a dysfunctional couple as they attempt to find harmony in their relationship. As they work toward that goal, they meet a variety of people.

After viewing the second season of the show, some Nigerians couldn’t contain their excitement and took to social media to express their feelings.

Check out some of the reactions below.

In case you missed it, Abiodun and Stephanie Sarunmi have a new doctor, and in episode two, dubbed ‘Vacsetomy,’ the Sarunmis evaluate their options for family planning.