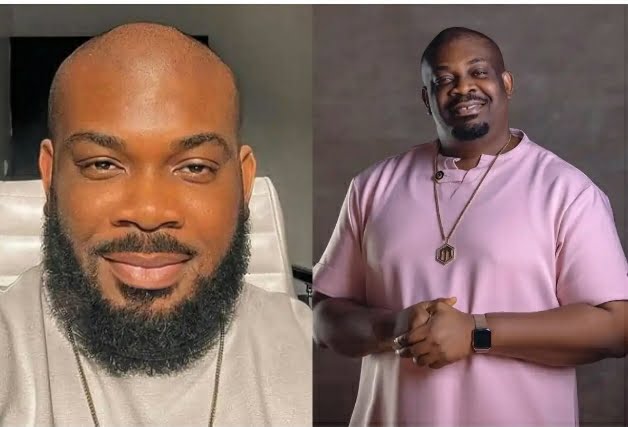 Fans and fellow celebs have flocked to Don Jazzy’sAfter Don Jazzy gives him $11,000, Davido raises N171 million in 24 hours. new look, urging him to keep it and begin growing his beard since it complements him and makes him look more attractive.

Don Jazzy posted an edited photo of himself with a beard, asking his fans and followers which of his looks he should keep, and the response from all shows was that they love it when he grows his beard, so they asked him to do so and change his look.

Don Jazzy looked more handsome in the photo with his beard fully grown than he did before, and it suited him so well that practically everyone desired he would change his appearance and start growing his beard like that to make him look as handsome and fresh as he did in the shot.

Erica, a BBNaija celebrity, even appealed with him to attempt the look with his full beard since it looks wonderful on him and left most of the ladies on his page, including some female celebs, dumbfounded because he appeared to be much more attractive than he actually is.

Don Jazzy can always change his look using apps and make people fall in love with it, but let’s see if he will try to grow his beard this time around, since some fans have requested that he look exactly like he did in the edited photo he shared.

Below are some photos;