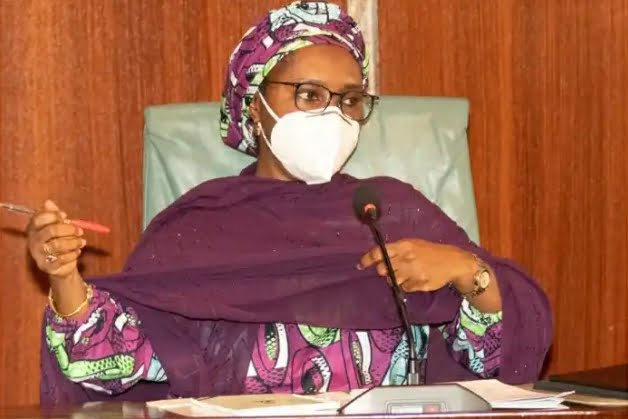 Zainab Ahmed, the Minister of Finance, Budget, and National Planning, has disclosed that the federal administration is investigating political options to resolve the continuing VAT squabble.

During an interview with Channels Television, Zainab confirmed this. The Minister, who stated that a positive political solution will be found, added that she hopes the matter may be resolved at the table rather than in the pages of newspapers or through conflicts.

“But, I do hope that this problem can be solved by sitting on the table, not on the pages of newspapers, not disagreements in court because it is possible to solve it on the table.

“There’s a lot of effort going on right now. I said I didn’t want to discuss it because it is in court so I have to be careful.

“Yes, there will be a positive political solution. We are working towards an out-of-court solution.”

In other news, Zainab Ahmed has intimated that the federal government will pay Nigerians transport allowance when they remove the fuel subsidy.

Fuel subsidies, she said, are a major burden and waste on the nation’s economy, and that the country’s escape from the subsidy regime is essential.

According to the finance minister, the Petroleum Industry Act (PIA) mandates the deregulation of petroleum products, which will begin in July 2022.

She made her submission in an interview on Channels Television.

In her words: “In making our plans at least in the 2022 budget, we assumed that this deregulation will take effect from July 2022,” she said.

“While the act was passed. The president said there would be a one-year timeframe within which implementation will be made, moving from the status quo to the provisions of PIA.

“We assume that by June we will be able to exit the fuel subsidy, and we have made provision only up till June in the budget for fuel subsidy.

“And it is important that we exit this subsidy. It is costing us a significant amount of resources that we could have applied for education, health and critical infrastructure. It is a major waste and a major drain on the economy.”

“If you look at what I said earlier, as from July 2022, there is no provision for fuel subsidy. Yes. We are trying to see if we can make it earlier. If we are able to get the funding to provide this alternative transport allowance, then we will be able to make it earlier.”