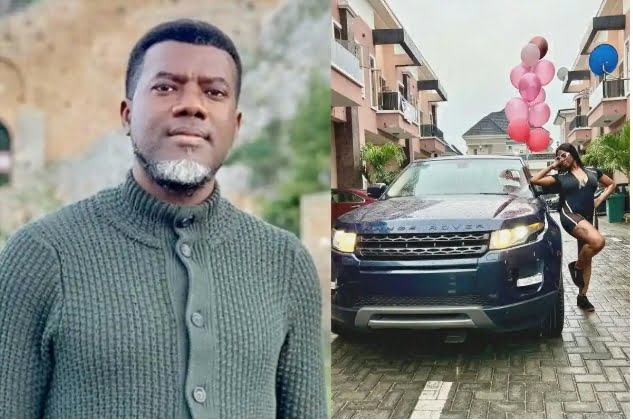 Nigeria’s famous author Reno Omokri has doled out some advice to people who regard themselves as celebrities on social media and live exorbitant lives.

According to him, these self-acclaimed celebrities tend to buy a Range Rover the moment they start seeing money. They later start chasing designer bags just to revamp their celebrity status. Oh yes, you will start seeing them in First Class Planes.

Reno has left a very short message for these self-acclaimed celebrities. According to him, after living larger than life and you turn broke in your old age, you shouldn’t blame your fans for not being kind when they refuse to contribute something to sustain you.

”You say you are a celebrity. So you get money. First thing you buy is a Range Rover. Next are designers. Then you flying First class. No problem.

See how netizens reacted to his assertion;

ornamentslineevents wrote: The ones begging for money at their old ages are actually Nollywood old actors. Those ones never bought range rovers or travelled first class, they were never known beyond TV local channels.

anonymous33101 wrote; You will now be hearing things like “Her colleagues abandoned her when she became broke.” Use your money wisely or prepare for the consequences of your ludicrous decisions. Most Nigerian celebrities have no known investment in major companies. They aren’t even looking for young entrepreneurs to sponsor for a share of the company. Na Bumbum and Range. I Sha hope the range will still be valuable in 20 years time when they can no longer work.