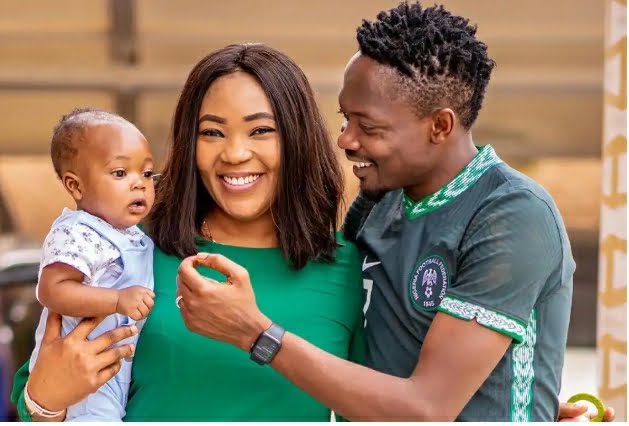 Super Eagles midfielder Ahmed Musa and his wife, Juliet, have taken to social media to mark their 4th anniversary as husband and wife.

Taking to his Instagram account, Ahmed Musa warmed the heart of his fans with a heartfelt message to his wife Juliet, accompanied by beautiful family photos.

The Kano Pillars star man thanked his wife for choosing to walk down the paths of love with him and lauded her as a good wife and mother.

“Days have turned to months, and months into years and if I had to choose again, it will be you. On this special day, our anniversary, I want to thank you for choosing to be on this journey with me. A great mum and a loving wife. Cheers to many more years. Happy anniversary Wifey,” he wrote.

In other news, members of the House of Representatives voted against easing the ban on Twitter’s operations in the country.

The House Committees on Information, ICT, Intelligence, Justice, and Orientation were asked to look into the circumstances surrounding the Nigerian government’s suspension of Twitter.

However, as the report of the committees was being examined, Toby Okechukwu, the Deputy Minority Leader of the House, proposed a change to one of the recommendations.

“That the Federal Government should take into cognizance the negative effect of the Twitter suspension on Nigerians who depend on the platform for their livelihood.”

When put to a vote, the motion was defeated by a majority of the House after being seconded by another lawmaker.