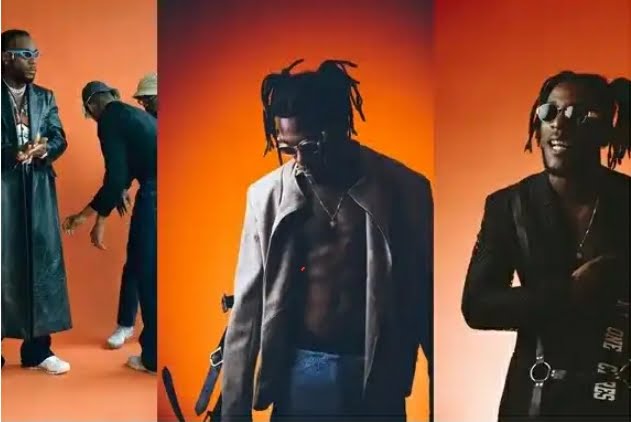 Burna Boy has added another feather to his famous helmet by being the most-streamed African musician on Deezer, a popular music streaming site.

Deezer made the announcement on their Twitter page on Friday, November 27th, 2021.

This new development has added to his skyrocketing brand after he won back-to-back significant international prizes, including a Grammy for his Twice as Tall record and new Grammy nominations for the 64th Grammy Awards, which are set to take place in January 2022.

Deezer made a statement;

In 2021, @burnaboy is the most-streamed African musician on Deezer.

Best wishes to the African Giant.

Deezer is a music streaming service based in France. Users can listen to music from record labels such as Universal Music Group, Sony Music, and Warner Music Group, as well as podcasts, on a variety of devices, both online and offline.

Burna Boy gave an unannounced gift to a white fan who sang his song passionately during a recent concert in Paris, France.

As previously reported on this platform, the African Giant, as his adoring admirers affectionately call to him, is currently touring Europe, performing in major cities. The first place he launched the concert was in France, and the response he received demonstrates why he takes delight in the title.

Fans were spotted singing along to his 2016 hit, Pree Me, in a video circulating on Twitter. The audience, which was primarily made up of young people, was singing along word for word.

Following the performance, the Nigerian superstar was so taken aback by one particular fan who spewed the song’s lyrics that he invited him backstage to thank him.