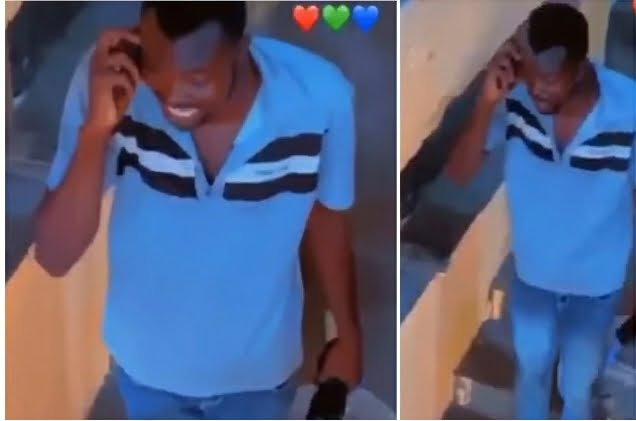 A young Ghanaian man believed to be in his late 20s has been captured denying a pregnancy whilst talking on phone with someone.

The man was livid after he was fingered by the unidentified pregnant lady as being the one who impregnated her and in his defense to the accusation, he claimed the lady has never slept over at his house or passed a night at his house so it is impossible for her to be pregnant for him.

He also how possible can a woman be impregnated by just one se.xual intercourse as he suggested that it takes consistent knacking by a man before a woman can become pregnant and nothing of such happened between them so he is not responsible for the lady’s unborn child.

MORE:  “I Only Stabbed Him Twice And Fled” – Side Chic Who Stabbed Late CEO Of Super TV

In other news, a single mother and former married woman, June Katei have shared her bitter experience of how everything she fought for in her marriage still could not keep her husband who still dumped her for another woman.

According to her, she was looking for love and did everything because of love to the extent that she financed their wedding and paid for her own bride price yet still her husband left her after four months of their wedding.

She said she bought her engagement ring and gave her money because love is a very big thing for her but she has realized that having a wedding is not a solution for the issues you have in life especially marriage.

MORE:  ‘God Should Kill My Son If I’ve Ever Badmouthed You Before’- Tiwa Savage Clashes With Seyi Shay