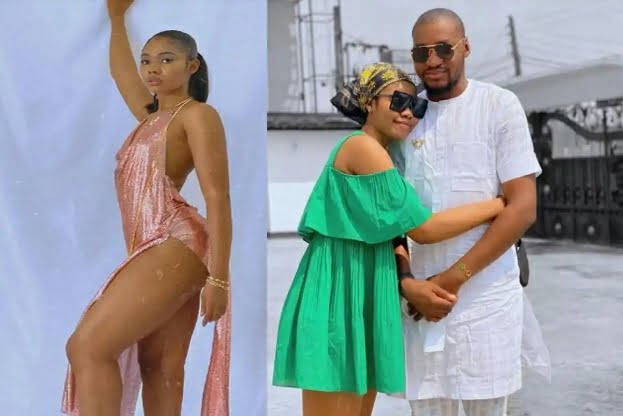 Janemena, the controversial twerk queen, has yet again shared a piece of advice to ladies out there who have been using love charms to win the hearts of their men.

In a twerking video she shared on her Instagram page, she revealed that men who are won over by kayanmata are not able to sustain the relationship to a better end since they always go about cheating and later dumping the ladies.

In the video she shared, she rocked a traditional cloth around her body as she swept and danced.

Janemena advised ladies to use their conventional and natural ways to make men attractive to them without resorting to love charms.

MORE:  ‘I Will Not Take Rubbish From Any Yeye Mother-in-Law’ – Actress Mide Martins

In other news, Nigerian football legend, Austin Jay Jay Okocha has stated that he did not conduct any study prior to joining Bolton Wanderers in 2002 from Paris Saint-Germain.

When Okocha departed French Ligue 1 powers PSG for Bolton Wanderers in the Premier League nineteen years ago, he startled many football fans.

Even though PSG was not a major team at the time, Okocha’s departure for Bolton Wanderers, who were fighting relegation in the Premier League at the time, was surprising.

However, Okocha has admitted that he was unaware of Bolton’s Premier League reputation before signing with the club, and that it took him a long time to adjust.

Okocha had a chat with Ally McCoist and Gabriel Agbonlahor on their Talksport breakfast show.“

He said: Well, I will say that it’s obvious I didn’t do my research before signing for Bolton, “But as a football person, you know football comes first, not the city, not the lifestyle that comes with the City.”

“But one thing was clear, the training ground was different. The attitudes towards the games were different. And I also think the mentality, you know the football style was difficult.”