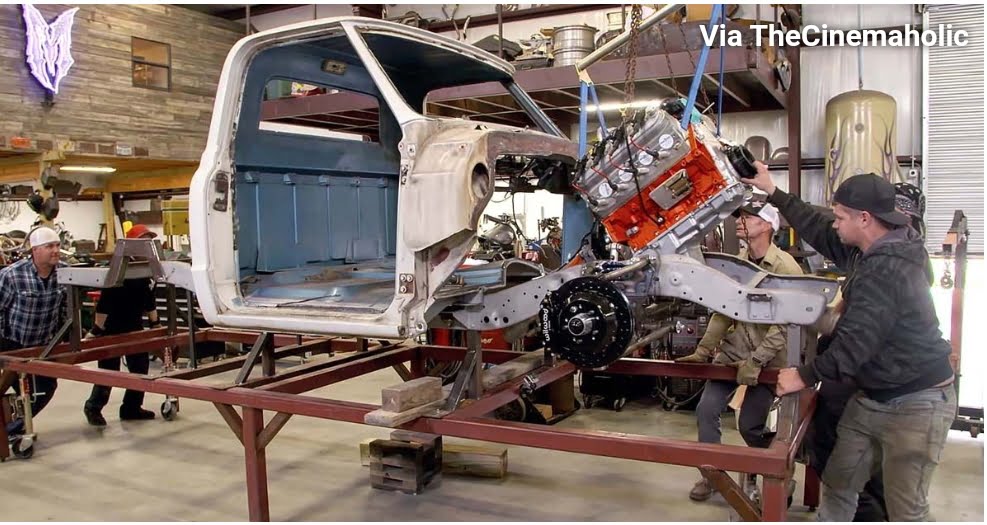 There are only so many car-based movies or bizarre car-crazy feats that those of us whose amusement begins and ends with everything on wheels can see. Reality television is the only way to get true enjoyment! We’re not talking about the kind of nonsense that was shown on MTV’s Pimp My Ride, when everything was made to appear fantastic but was absolutely useless and frequently went apart as soon as the naive owners drove their gleaming automobiles home. Sure, the cars had a cotton candy machine in the trunk, plasma displays in the bumpers, and even a UFO landing pad on the roof, but Pimp My Ride was a waste of time as a car show that accomplished nothing to fix the automobiles.

This is where Iron Resurrection enters the picture. This Discovery-owned Motor Trend show takes cars that have been deemed irredeemable and transforms them from the inside out, enhancing them in the process. Unlike most other reality shows, including reality car shows, there is little to no drama on the show, no tempers flare, no patience frays, and no one plots to murder or damage one another’s cars.

In fact, it’s really natural, much like real life, which is perhaps why many car men believe it to be one of the best shows to watch on auto television. So buckle up, for the true story behind the Iron Resurrection and its cast is about to unfold.

Behind the Scenes: The Show’s Power Couple

Iron Resurrection is a show about the goings on at Martin Bros Customs, a vehicle business in the Texas Hill Country that was already known for its excellent craftsmanship before the show began. While it’s called Martin Bros because of Jason and Joe, Joe Martin and his wife, Amanda, are the power couple behind it.

Joe had always admired Boyd Coddington’s work as a kid, but his creations were out of Martin’s price range. As a result, Joe began creating his own goods, employing skills he learned from neighbors or taught himself. Joe Martin admires a lot of people, not just Coddington. Wayne Carini, the host of Chasing Classic Cars, is also a fan.

Joe got his start on Discovery’s Biker Build-Off, and soon after, he opened his own bike shop. He used to just work on vehicles, but after winning the Discovery show, he began working on bikes due to public demand in the 1990s. A sudden market slump forced him to close up shop, but he quickly returned to his original love, restoring classic and antique automobiles.

The couple has said that appearing on television has transformed their lives, with fans approaching them at airports and auto events. Joe has remarked that he and his wife were ordinary people who happened to strike it rich, and that it seems strange when admirers approach them and beg for signatures.

What sets Iron Resurrection apart from other games?

The Martins aren’t fans of drama in any form. So, much like any car shop or, for that matter, any job, there is a sense of camaraderie among the cast, and it shows in the jokes and pranks they all pull. However, there is no friction within the crew, no excessive use of foul language or force, and little stress. And the reason for all of this is simple: Joe Martin feels that none of them are actors, thus acting out drama for the sake of audience entertainment is better left to the pros.

The second difference is that the cars constructed for the show aren’t particularly dramatic. There isn’t any over-the-top pimping or hot rodding like on earlier series like Vegas Hot Rods. This is a show where an ancient, nearly dead car is painstakingly restored with authentic and modern parts, giving it new life from the inside out. Iron Resurrection builds automobiles that aren’t flashy; it’s something they take pride in, and it’s likely to last the owner many years of rigorous use.

The Seasons, And Future

For a long time, Motor Trend remained silent regarding the show, neither confirming nor denying that a fifth season will be produced.

Season four finished in April 2020, and with it came the unexpected departure of four cast members: Manny, Pompa, Cato, and Shorty, who were later justified as leaving for personal reasons. Disagreements with the primary cast, of course, could be a factor.

Fans don’t have to be concerned about the show’s future for the time being, as fresh episodes have aired and are currently accessible to view on Motor Trend’s website for anyone in the United States or certain US territories.

These episodes were undoubtedly eagerly anticipated, as it is widely regarded as one of the best car-reality series on the air.

What happened to Pompa on iron resurrection