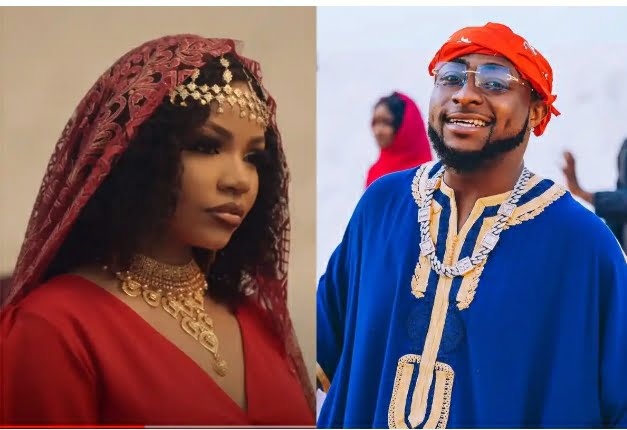 Former Big Brother Naija ‘Shine Ya Eye’ contestant Rebecca Nengi Hampson is said to have been mistreated by Nigerian Afrobeat music musician Davido at their hotel in Dubai.

According to the Instagram account Ifeomafinegirlobosi, Davido and Nengi are now staying at the same hotel in Dubai.

According to the site, Davido drove five white girls back to their hotel room after a night out at a club, leaving Nengi outside, unable to enter since Davido had locked her outside.

His boys then drove her to another hotel after all attempts to get her a new room failed, and the hotel’s management asked Davido and his boys to leave because of the spectacle that had been caused.

MORE:  ‘Don’t Be Selfish During S3x, Make She Gets Her Orgasms Before You ‘ – Singer, Rotimi To Men

Take a look at the following story:

“Hello… I have a gist for you: Nengi is in Dubai with Davido, but that’s not the issue; the main issue is that Nengi has lost her respect. On Thursday, they all went to a club, after which Davido picked about 5 white girls, brought them back to their hotel where he and Nengi are staying together, and locked Nengi out; all efforts to get her another room were futile until one of his boys now took her to a restaurant.

When she returned the next morning, Davido showed no remorse, and the next day, when the owner mgt requested all of them to leave due to the argument, she still followed Davido to his room instead of asking for her own, and even all of Davido’s boys mistreated her.”

MORE:  Lady put her number on her bio for business, checkout the unexpected messages she got from Men (Photos)