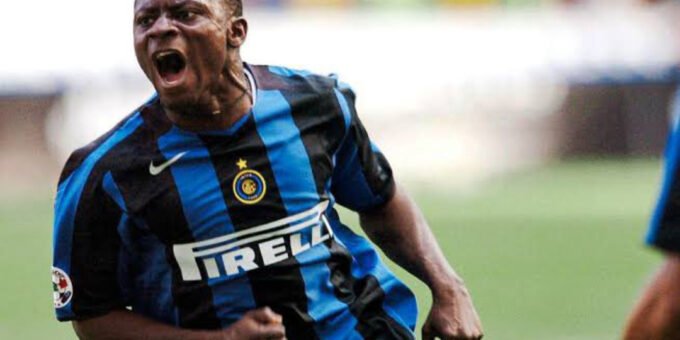 Super Eagles star Obafemi Martins enjoyed life with top European sides before moving to the United States and the Middle East to ply his trade.

During the Nigerian international’s spell with Premier League side Newcastle, the striker was reportedly biting off more than he could chew.

According to Daily Mail, the Nigerian striker was spending way above more than his weekly £75,000 wages since he joined the Magpies from Inter Milan in the summer of 2006.

It is understood that Martins would withdraw £40,000 at the end of the weekend then another £25,000 on a Monday of the corresponding week.

Reports claim that Martins’ flamboyant lifestyle was responsible for his spending habit which he could not sustain with his massive wages at St, James’ Park.

There was a legal battle between the former Seattle Sounders striker and his management company where he was reportedly owing £300,000 he refused to pay after they helped him sort out his financial issues.

Martins had lucrative sponsorship deals with various companies including Pepsi and Nike but he was not getting proceeds until he consulted NVA Management who helped him sort his finances out.

In return, he reportedly agreed to pay a one-off fee of £300,000, and give NVA 20 per cent of any sponsorship monies they acquired on his behalf.

Martins joined Bundesliga outfit Wolfsburg for £9m after the Toons were relegated from the Premier League.

During his spell with the Tyneside club, Martins owned several fast cars including a top-of-the-range £85,000 Porsche Cayenne 4×4 and rent a luxury apartment.

Many things have been said about both celebrities especially comparing who is the richer among the duo.