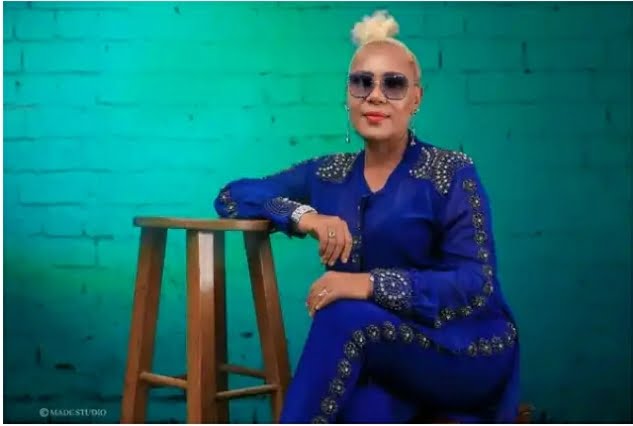 Shan George, a veteran Nollywood actress, has expressed her dissatisfaction with how humans treat one another.

According to her, these events indicate that the end of the world is approaching quickly. He explained that nowadays, people treat their pets better than they would treat their fellow humans.

She talked about it on her Instagram stories, writing:

“Humans are now treating their dogs better than they are treating one other. It’s truly the end of the world.”

Meanwhile, Shan George, a veteran Nigerian actress, turned to social media approximately a month ago to reveal what she did with her mother’s possessions after she buried her.

In a recent post on her verified social media profile on the prominent social media network, Instagram, the stunning actress revealed this.

She revealed in a video that when her mother was buried, some of her personal belongings were brought out for everyone to chose and inherit one item. She stated that the things included clothing, shoes, jewelry, and tableware, and that this was a custom in her village.

Some of the items she indicated were set out in the video, and the villagers were seen picking them up.

The following is an excerpt from the post she made:

“After my mother is buried, some of her personal belongings are brought out for everyone to chose and inherit one of her stuff, which range from garments to shoes, jewelry, silverware, and other items. DONGHOPPA is the name given to it by the Bahumono Kingdom’s tradition. Akashine, may you rest in peace.”