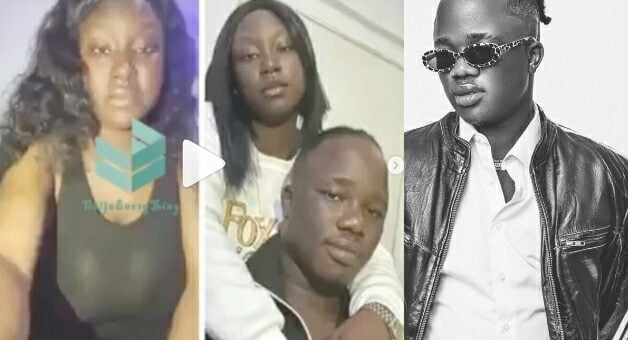 A beautiful Nigerian lady has taken to social media cry out as claims she is pregnant for singer, Jamopyper but he is refusing to take responsibility of her pregnancy.

The lady who did not reveal her name in a video where she spilled how she and Jamopyper have been dating each other for months now, she said she is two months pregnant for Jamopyper and when she told him about her pregnancy he blocked him.

According to the alleged girlfriend, she is so confused as to what action to take next as all attempts to reach Jamopyper has proved futile, however, Jamopyper has not come out to speak or better yet, denied or confirm these allegations leveled against him by the lady.