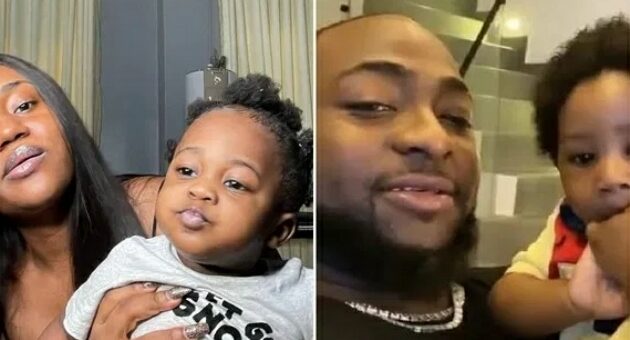 Everything now points to the fact that Davido and his lovely fiancee, Chioma Avril Rowlands will definitely come back together and eventually marry.

We made this conclusion because of recent developments surrounding them with the latest being the conversation Chioma had with Davido’s cousin, Clarks Adeleke.

In the conversation, Davido’s cousin was heard advising Chioma to settle her brouhaha with Davido.

He stated that if Chioma has no reason to settle the brouhaha at least for the sake of their son, Ifeanyi Adeleke.

They had the chance to speak when Clarks called Chioma on a video call during her 26th birthday on April 30.

In the video, he said;

“No matter what happened between you and my brother remember you guys were friends before anything, and remember that you have a beautiful son together.

No matter what you are doing, put yourself first and put family first… I’ll always be there for you no matter what happens…. We love you on behalf of the whole Adeleke family.”

For some months now, the relationship between Davido and his baby mama, Chioma has not been the best as Chioma has even allegedly denied Davido access to their son, Ifeanyi.

However, it seems there is some good news as Nigerian journalist, Kemi Olunyolo revealed some days ago that the two have started steps to get back together once again.