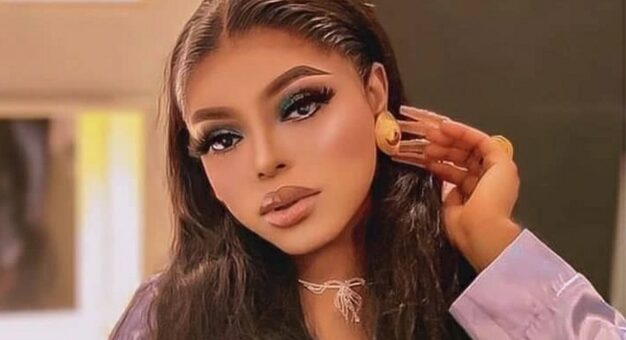 A controversial Nigerian crossdresser, a brand influencer, and philanthropist Idris Okuneye also known as Bobrisky has made a new announcement to his fans and followers about his new gender.

Bobrisky has announced several times that he will be going for cosmetics surgery to have a full feminine body so that his journey into womanhood will be complete. Bobrisky has done his first surgery on his butts some time back and later showed the results of his surgery to his fans and followers.

Earlier today, Bobrisky took to his Instagram page to announce that he has now turned his manhood which made him a man to a v.agina because that is what he has always wanted. He further disclosed that no one can accuse him of rape since he doesn’t have manhood.

“Thank God say I don turn my former thing to kpekus now, I don join womanhood. If you like accuse me of rape I go just off my pant show them oga police say na kpekus there” he wrote on his Instagram page.