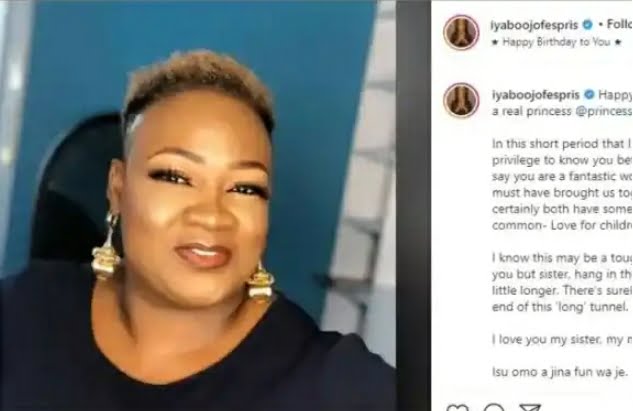 Nigerian comedienne, Princess has walked her fans into her past as she opens up on her failed marriage with her ex-husband, Adeshola Jeremiah, and how she dealt with the failure.

In an exclusive interview with popular media practitioner, Chude Jideonwo, Princess revealed that she tied the knot with Adeshola Jeremiah in 2013 in a beautiful wedding ceremony but their marriage only lasted for two weeks.

According to her, she came from a rich background and the crash of her marriage was the first failure she had encountered in her life so when it happened she thought her life had ended.

She said, “When my marriage crashed in 2013, ill tell you the truth that was my first failure. I just felt my life had ended. Getting up might be very difficult. It’s like a stampede. When you fall down, others are running for their lives too. They will step on you even unknowingly. Some people have stepped on me, nearly made me lose my life.”

Prince also opened up on the loss of a baby, public scandal, loss of her career, being homeless. She hinted that she is still going through recovery from what she calls a great fall

Ghanaian socialite, businesswoman turned singer, Hajia4Real took to her Instagram page and shared a loved-up photo of her cute family which consisted of her mother and her daughter, Nalia.

In fact, Hajia4Real’s physical endowment and beauty was an inheritance from her mother as they both shared a striking resemblance and in though her mum was seated in the photo, you could see her mum was really endowed in the lower area of her body.