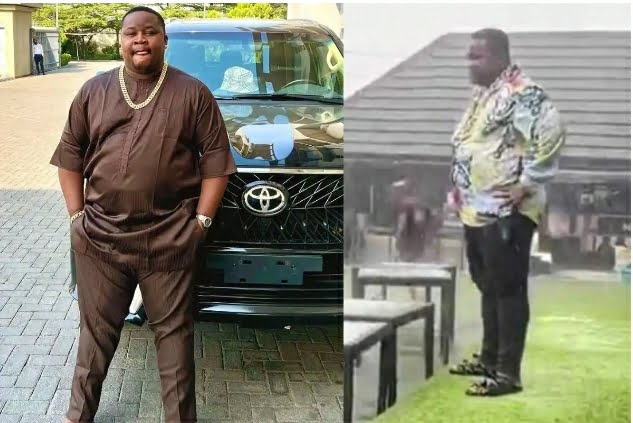 On Saturday, Cubana Chief Priest, a well-known Nigerian celebrity bartender, attracted mixed reactions when he shared a video of a heavy downpour at his shop in Owerri, Imo State.

A torrent of apparently local comments praised the socialite after he claimed to have paid 7 rainmakers to help bring down the rain so he could get rid of the dust.
However, given the difficulty of achieving such a large precipitation during the dry season, it’s easy to see why this is exciting.

Despite this, a large number of witnesses claimed to have seen the episode, leaving many skeptics in the dark.

“Paid 7 Rain Makers To Send Down Some Heavy Rain So I Can Clean,” Cubana Chief Priest said on Instagram. Saturdays are for cleaning, so don’t bother dusting Don. If one wants it, I get it. Dem don’t call me ChiefPriest for mouth.

obidi655 wrote: Despite his wealth, he was there with his boys in the pouring rain…. What a humbleness… I pray for you to reach greater heights.

u desofficial wrote: It’s too bad you left God out of it. Who made the rain? God! God, who can say, “Let it rain!” Who’s to say it shouldn’t rain? God!!
God, my brother, is capable of accomplishing everything. Rain cannot be stopped or sent by a single human. God bless you

‘This Moment Is Emotional For Me,’ says actress Nkechi Blessing after hugging veteran Pete Edochie passionately on set.