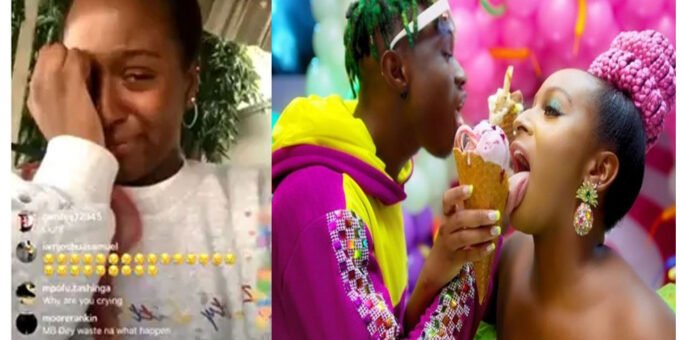 Popular disc jockey and billionaire daughter, DJ Cuppy, has expressed worry over the turnout of her relationship with singer and rapper, Zlatan Ibile.

According to Cuppy, she had a cordial relationship with Zlatan Ibile until he blocked her on Whatsapp and other social media platforms without explaining the real reason behind his actions.

However, DJ Cuppy says she is grateful for their friendship and glad their song, Gelato is doing well and being jammed to by their fans after it was released in 2019.

She said, “10 months later and I sometimes still wonder why Zlatan Ibile blocked me on WhatsApp and Instagram without ever saying why; we were actually friends”…AND ‘Gelato’ was a hit!.

Gelato was a follow up to her previous hit single, ‘Abena’, which featured Ceeza Mill, Shaydee and Ghanaian rapper, Kwesi Arthur. It believed that  DJ Cuppy got the concept when she made a stopover with her billionaire dad, Femi Otedola in Italy just for a frozen Italian dessert names Gelato.