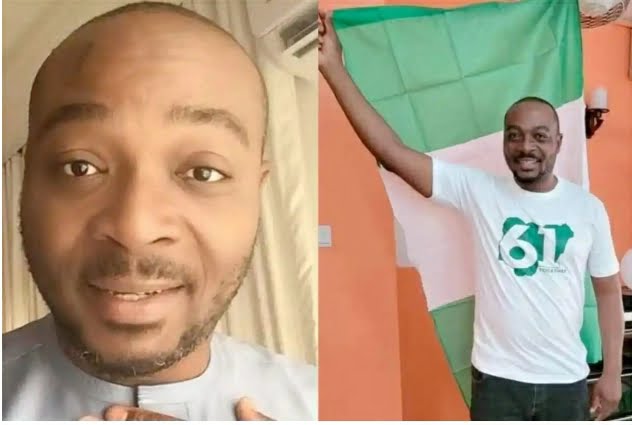 A Taxi Driver identified as Itoro has confessed to killing Vanguard Newspaper reporter, Tordue Salem, who was declared missing some days ago and later found dead.

The news of his demise was confirmed on Thursday night, November 11 by Vanguard and he had been declared missing since October 13.

He said that he was driving about Mabushi late at night when he hit a person and fled for fear of being killed.

His automobile, he claimed, was damaged, but he repaired it the next day and went about his business.

The young man stated he didn’t stop since he assumed the victim was an armed robber while being paraded on Friday.

MORE:  3 Street Kids Who Are Beggars Allegedly Spotted “Chilling” At A High Class Restaurant With Their “Hard Earned” Money [VIDEO]

Hungerbadoo: If na joke abeg make una stop am. Which kind parading of suspect be that. We no the rush una and we say no to half baked stories. This is human life we are talking about, how can a young man just vanished with no trace leaving families worried only to end up fucking dead?

Rayd502: Wicked human…You hit someone while driving recklessly yet you didn’t make any attempt report yourself to the police. You carried on with your life as if the person you hit is a dog.And here you are lying blatantly in front of the camera saying you thought the person is an armed robber. Did you see any weapon with him?See where your wickedness has got you.

Bola146: Hit and run? Since over two or three weeks?

daddytime: Oh… Rest on Tordue. Your death is yet another wake up call to how fleeting this life truly is. Wished I had made out more time to hang with you over a bottle.