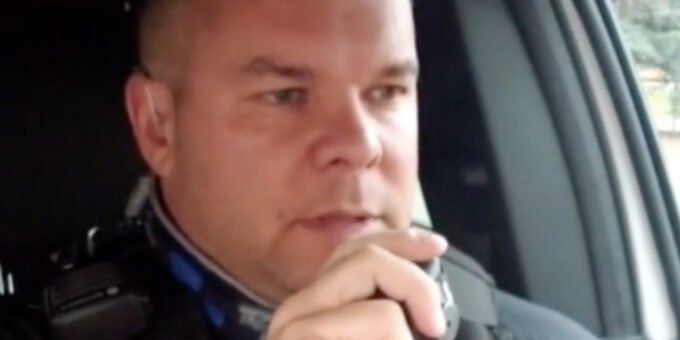 An officer who went viral last week for a video mocking LeBron James has now been suspended by his police department.

Last week, Nate Silvester, a cop in Bellevue, Idaho, took over TikTok with a video in which he mocked LeBron James’ tweet about Ma’Khia Bryant.

Following the death of Ma’Khia, a 16-year-old girl who was shot dead by a police officer in Ohio, the basketball star tweeted a photo of a police officer with the caption “YOU’RE NEXT #ACCOUNTABILITY”.

Nate Silvester then posted a video mocking LeBron’s now-deleted tweet, and he’s now being investigated by his police department for doing so.

In the video, he pretends to call LeBron to seek advice on what to do when he arrives at a stabbing.

“Can I have LeBron call my cell phone right away please,” he says before telling someone outside the car to “put the knife down”.

“No, stop stabbing. Hold on, it’s LeBron,” he continues before answering the phone to the NBA star.

“LeBron, hey, yeah it’s me again. Listen I’m out here responding to a disturbance call and there’s a guy trying to stab another guy with a knife. What do you think I should do?” he says.

“Why does that matter? Ok well, they’re both black. One guy is trying to stab another guy with a knife, deadly force is completely justified,” he continues before adding:

The video finishes with Nate saying: “I mean it doesn’t make a whole lot of sense but then again you are really good at basketball so I guess I’ll take your word for it.”