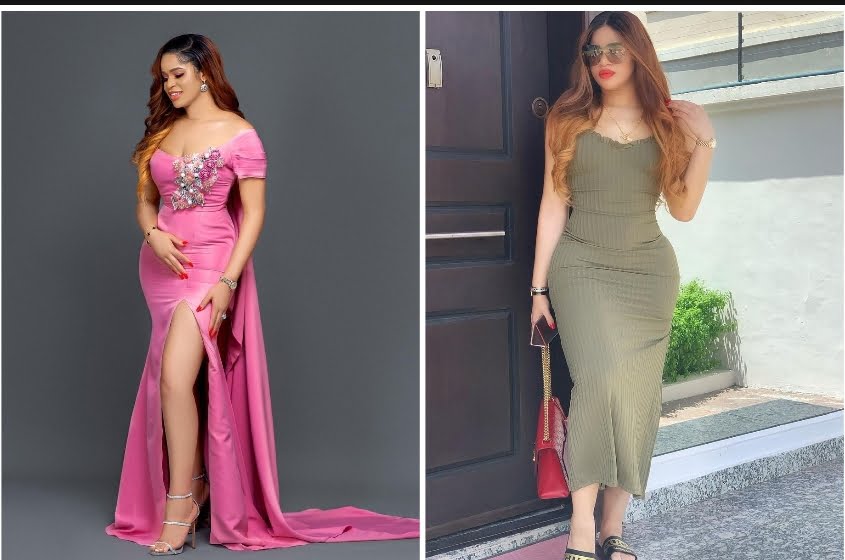 Iheoma Nnadi, an ex-beauty queen, has strewn her post on some tables, bemoaning the fact that she hasn’t seen anything despite working hard, claiming that she works from morning to night but has nothing to show for it.

Most female celebs claim to work hard for what they have, and Iheoma Nnadi has slammed them in her Instagram post, calling them hardworkers indeed as she laments not having anything to show for her efforts despite working from sunrise to evening.

Iheoma Nnadi is the wife of footballer Emmanuel Eminike, and it’s evident from the images and videos they share that he spoils her a lot, but she’s complaining about not having anything to show for her hard work, despite the fact that she works from morning to evening.

This table that the ex-beauty queen is shaking has a lot of female celebs on it because we have no idea what some of them do for a livelihood yet they live lavishly on social media and always claim to be hardworkers while bragging about their money.

Some of us are in Iehoma Nnadi Eminike’s shoes, working hard from morning to evening but having little to show for it, unlike some of these female superstars who have been flaunting their lives on social media.

Baby Girl for Life: Fans Gush Over 51-Year-Old Lilian Bach As She Looks Nothing Like Her Age in New Photos

I Will Investigate This: Nigerians in Disbelief As Comedian Sydney Talker Marks Birthday of Young-Looking Mom