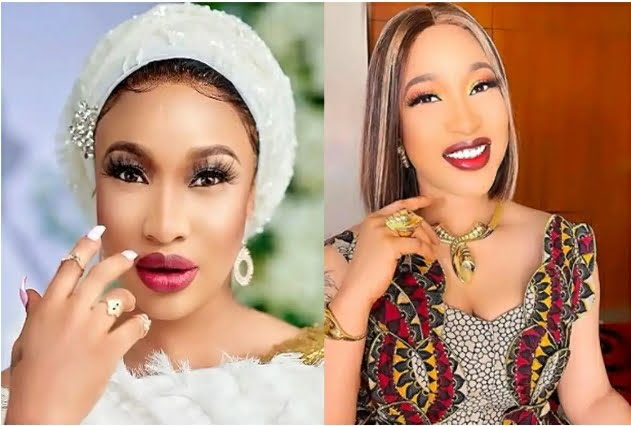 Popular Nollywood actress and producer, Tonto Dikeh has assured her fans that she is not going to disappoint them in her next relationship following the appalling and dirty breakup with her ex-boyfriend, Prince Kpokpogri.

She made the promise after she posted photos of her and her son, King Andre posing with Mayor Blessing, Prince Kpokpogri’s friend which got her online brothers and sisters thinking she is romantically getting entangled with him.

She captioned the post: `After Church Vibes. With my Gees @kingandre_dikeh @mayor.blessing.75054. Am so grateful for all the Untold blessings.`

Reacting to the post, a fan expressed shock as she described Mayor Blessing as a mystery man, and probably something could be happening between them.

MORE:  ‘I’m Typing This In Pain And Anger’ -Singer, Harrysong Blows Hot Over The State Of The Country

The post reads: Tonto Dikeh steps out with her son and a man I don’t know who he is… Omo. Are you thinking what I’m thinking?

However, Tonto Dikeh allayed her fears whilst establishing that Mayor Blessing has been a good friend to her and he defended her during her fight with the Delta State politician. She further promised not to disappoint them again.

She wrote:Online brothers and sisters he is just a friend oooo, una no remember when mr mayor come out come fight for me. Don’t worry I wldnt disappointed you people again.