Actress Ini Edo has replied to a blogger who accused her of sleeping with married men and being a homewrecker, saying she finds it hard to understand and comprehend people like that.

The blogger only shared a photo of Ini Edo and the married man insinuating that they are having an affair claiming she’s a very hardworking woman and Ini Edo has indirectly reacted to the post saying the blogger is a narcissist human. 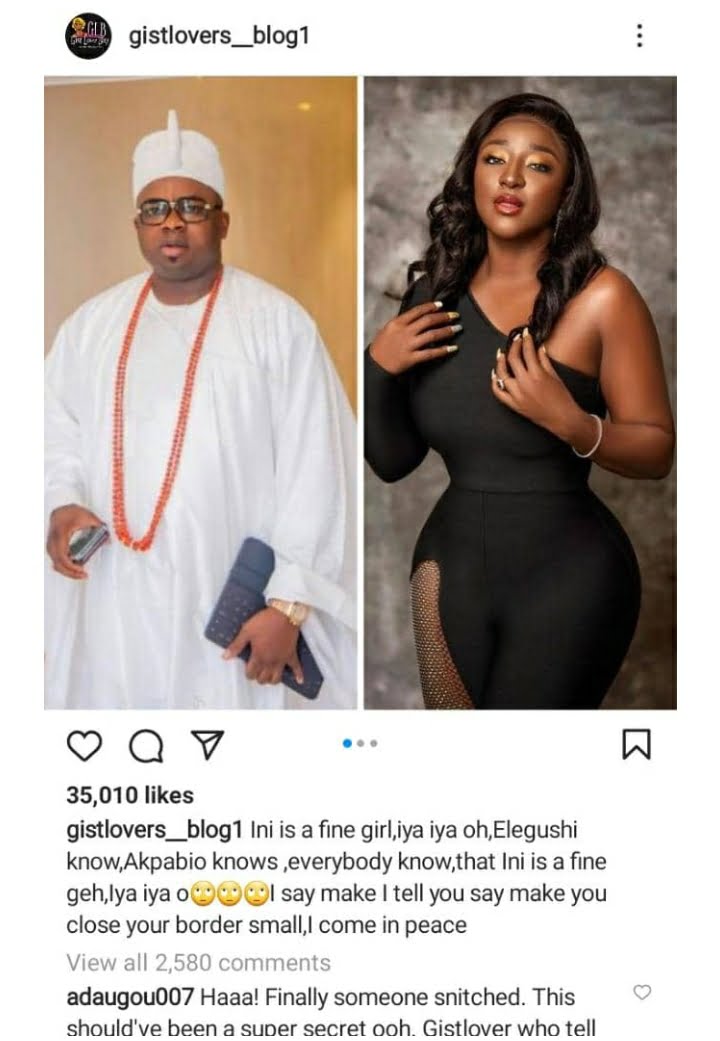 Ini Edo reacting to that indirectly said accusing people falsely is an attempt at destroying that person’s life saying she has to deal with these calibers of people from the minute she got into the limelight and she’s learned to live with it.

According to Ini Edo, these bloggers choose to ignore the hustle she’s been hustling and focus on things that only they imagine in their heads but the truth is they may be destroying the lives of other people while attempting to destroy hers.

Ini Edo then threatened the blogger saying this is not a war he/she wants with her and the blogger has replied asking her to talk to him/her directly as her list is tall and if she wants them to fight then they will fight. Some netizens also confirmed that Ini Edo has been sleeping with married men.

I have had to deal with these caliber of people from the minute I got into lime light and I’ve learnt to live with it..but the truth is ..you may be destroying the lives of other people in an attempt to destroy mine.You choose to ignore the HUSTLE and focus on things only you imagine in your head and you sell it to gullible people like you to buy…This is not a war you want with me….Trust me…

TRENDING NOW>>  Kanye West Becomes The Richest Black Man In America With His $ 6.6 Billion Worth 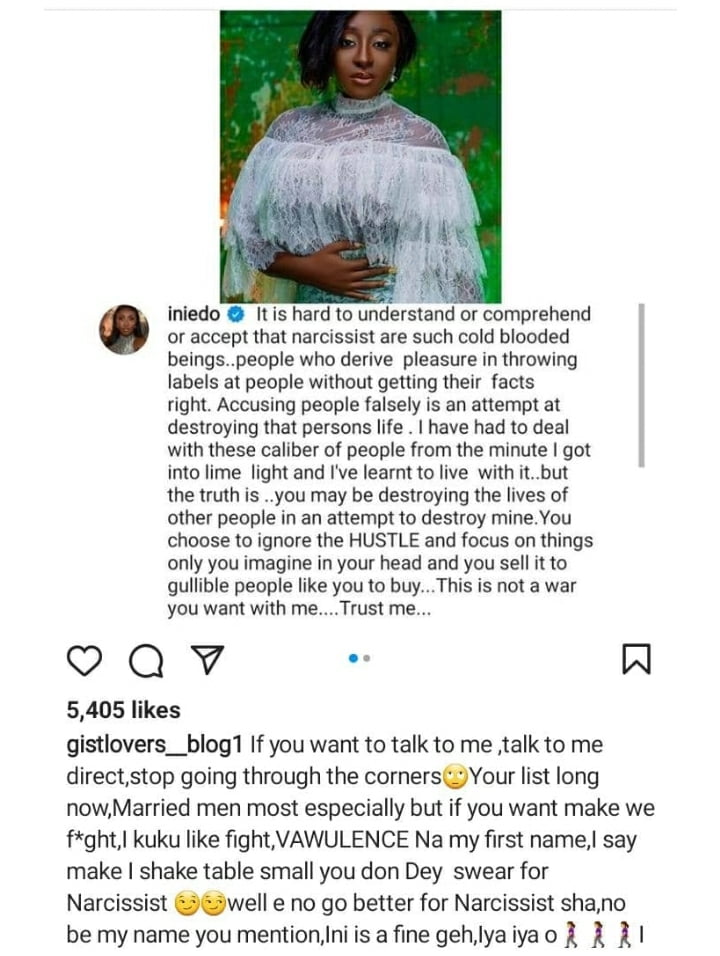 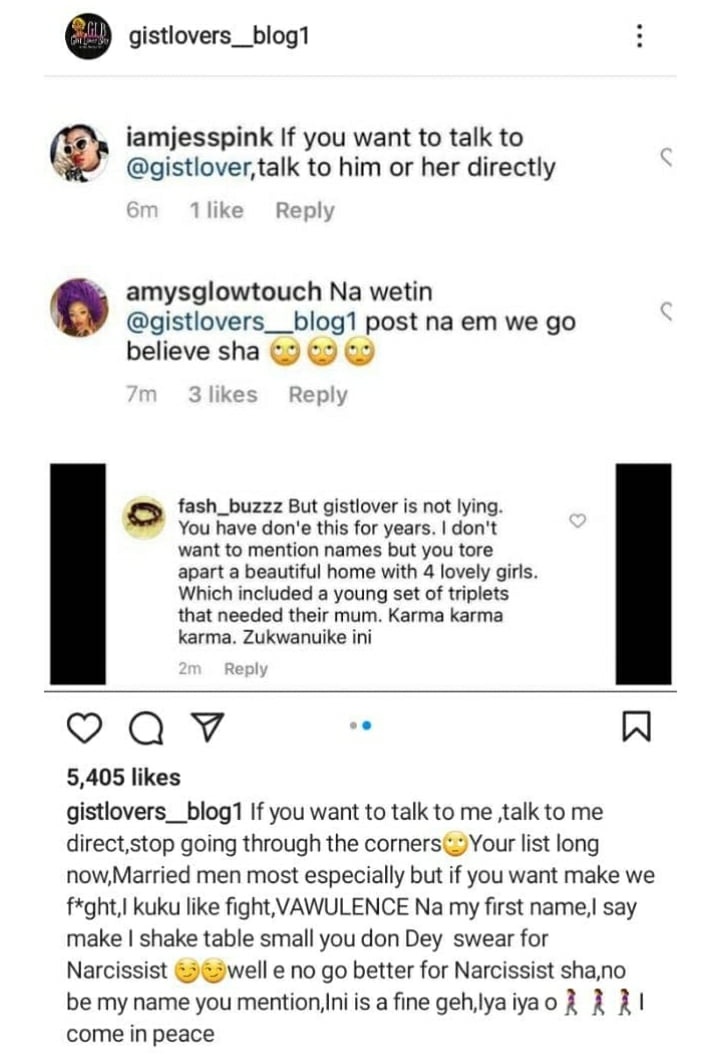