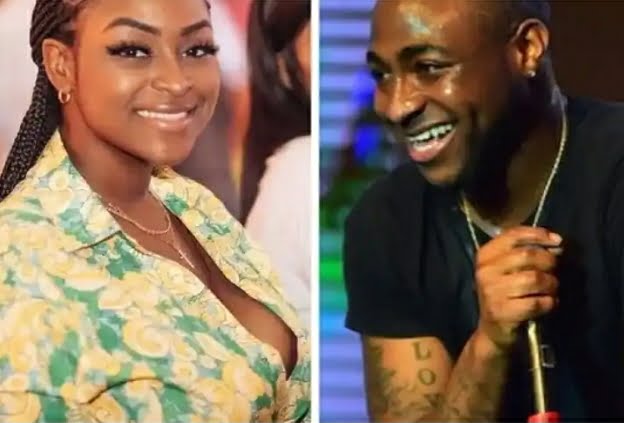 The striking resemblance between Davido and this lady spotted online is too much that we wonder is she’s his long lost twin sister as his siblings don’t even resemble him like that.

The photo of this lady has gone viral online and almost everyone is talking about how exactly she looks like Davido asking if she’s his lost twin sister because she looks exactly like hime aside from the fact that she’s a woman and he is a man.

Some people think it’s Davido who has put on some makeup and braid his hair to look like a woman but we guess that’s not the case as the lady only looks like Davido as if they are siblings or something like that.

Even the real siblings of Davido do not resemble him like that and none of his children but this particular lady who probably might have never met him anywhere before looks exactly like him just that she has braided her hair with some makeup.

The resemblance is too much that if you don’t know better you will believe if someone should tell you that the lady is the twin sister of Davido but just that they lost contact or she isn’t the social media type.