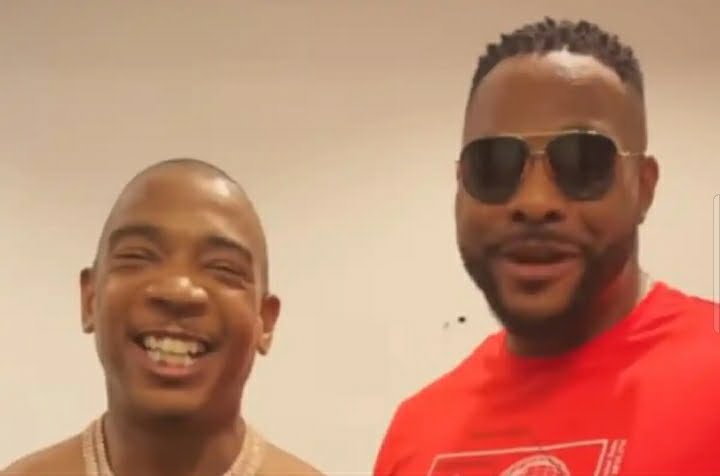 Nigerian Actor, Bolanle Ninalowo better known as Nino B has taken to social media to share a video of an encounter he had with American Rapper Ja rule.

In the video sighted, Nino was all playful around the American rapper as he joked that he is going to get him a Nigerian passport soon.

Ja rule responded in the narrative and registered his interest in getting a Nigerian passport. The duo were all beaming with smiles in what would be described as a brother and brother bond.

MORE:  See What Female Barbers Are Doing To Attract Customers To Their Workshop

Wanna catch a glimpse of the fun, you can rewatch on DSTV channel 198!!
Maka

Meanwhile, Nigerian Businessman, Wale Jana, has taken to social media to dole out a piece of advice to ladies who are fond of thrashing men and calling them scum.

According to Wale Jana, women who are hoping to meet good men should not be always using the statement that men are no good in relationships.

He posited that there is power in confessions so what we say eventually ends up coming to pass.

”If you want to meet a good man you must stop the “men are scum” narrative. If you keep saying that all the men you meet will be scum.

Many ladies just say this but deep down they really hope to meet a good man and settle down but words are powerful, you will see what you say. It’s possible you have met a lot of wrong men but if you believe you will meet a good man start saying it.