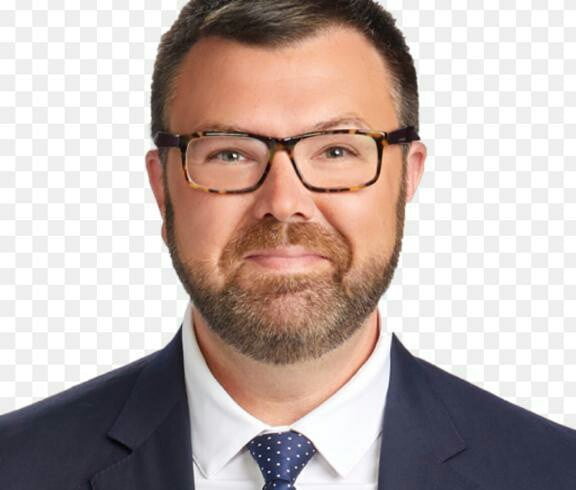 Jason Matheson is an American TV Personality well known as the host of The Jason Show at KMSP-TV(FOX 9) airing at 10:00 AM.

Matheson is als0 known as the host of Jason & Alexis in the Morning on MyTalk 107.1 in the Twin Cities. Additionally, he is five times Emmy Award nominee and has won an Emmy Award as the producer for a series of investigative promotions for Fox 9.

Matheson stands at a height of 5 feet 9 inches.

Matheson was born to his parents Darlene Smeal(mother) and Mel Matheson(father). Sadly, he lost his father who died in 2003. He talks much about his parents.

Matheson is married to his partner Collin Haas. The couple did their wedding on September 13, 2014. Matheson and Collin now reside in the North Loop of Minneapolis with their two adorable dogs, Dexter and Mr. Big.

Matheson is married to his lovely husband, Collin Haas. The couple did their wedding on September 13, 2014.

KMSP-TV  host salaries range from an average of $33,774 to $112,519 a year. However, these figures may vary substantially according to the level of seniority of the employee in question. At the moment, we do not have the exact salary of Jason, but we’ll keep tabs and update once it is available.

Matheson’s net worth is estimated to be between $1 million – $2 million dollars as of 2021. This includes his assets, money, and income. He additionally makes an attractive wealth from different works. Likewise, he is the host of two popular shows ” The Jason Show, and ” Jason & Alexis”.

Here are some interesting facts and body measurements you should know about Matheson.

Matheson joined the Fox 9 family in 2000. While at that time, he worked as an executive producer of ” The Buzz” a long-running and highly popular daily entertainment segment. After a couple of months, he was moved in front of the camera as a film critic for the station’s newly launched morning show, “Good Day Minnesota.”

While at Fox 9, Jason has interviewed numerous celebrities such as Will Smith, Emma Thompson, Ewan McGregor, Cher, Meryl Streep, just to name a few. Matheson has been working alongside Kendall Mark, who is a Morning traffic reporter, and Tom Lyden

Jason Matheson on The Jason Show

Matheson has a long history of working behind the scenes on television. In 2009, Matheson was named co-anchor of the Fox 9 Morning News from 4:30-6:00 AM, as well as co-host of “The Buzz” from 9:00-10:00 AM. Meanwhile, in August 2015, he launched The Jason Show, a daily entertainment talk show airing in the Twin Cities.

Nonetheless, In June 2016, The Jason Show started a 4-week national test, airing in Phoenix, Dallas, and Los Angeles. As time goes by, his show gains popularity, and soon it reached markets outside the Twin Cities including Wi and La Crosse, Eau Claire, and WI.

Before earning a space as a TV host, he first began as a radio host on KTMY (107.1) with co-host Alexis Thompson on “The Saturday Night Groove.”  The name of the show was soon changed to “Jason & Alexis”  which aired weekdays from 12:00-3:00 p.m. They eventually were promoted to mornings, airing 5:30-9:00 AM.

Matheson has opened a new restaurant named after his grandparents Betty & Earl’s Biscuit Kitchen, hence he shared a deal with a pastry chef with Parasole Restaurant Holdings Adrienne Odom.

Matheson grew up on television, and his love for ’80s soap “Dallas” and Disney World just may rival that for his husband and two dogs. His crafty counterpart Alexis Thompson spends her time knitting as well as collecting creepy antique dolls.

With her edgy high school diaries and dream interpretation, producer Dawn McClain is there to call it like it is with a southern drawl. 10 years running, “Jason & Alexis in the Morning” can be heard weekdays 6-9 am CST on myTalk 107.1 FM radio in Minneapolis/St. Paul.

Matheson is a five-time Emmy Award nominee and two-time winner as a producer for a series of investigative promotions for FOX 9. More so, in 2010, he was named one of the “40 under 40,” the Minneapolis-St. Paul Business Journal’s list of young community leaders.

What’s more, he was named as one of the Ten Outstanding Young Minnesotans, an honor previously given to Walter Mondale and Dave Winfield, among others. Consequently, Jason has also been nominated for a Marconi Award for Large Market Personality of the Year in 2016.

How old is Matheson?

Matheson is an American national born on 5 August 1974, in Michigan City, Indiana, U.S.

How tall is Matheson?

He stands at a height of 5 feet 9 inches.

Yes, Jason is married to his partner Collin Haas. The wedding day, September 2014. The wedding event took place at Minneapolis in Lowes Hotel. More so, both partners parents and families attended the ceremony, and with over 200 attendees.

How much is Matheson worth?

Matheson has an approximate net worth of $1 million – $2 million dollars. This amount has been accrued from his leading roles in the entertainment industry.

Where does Matheson live?

Matheson lives in the North Loop of Minneapolis with his partner Collin Haas and their two adorable dogs, Dexter and Mr. Big.