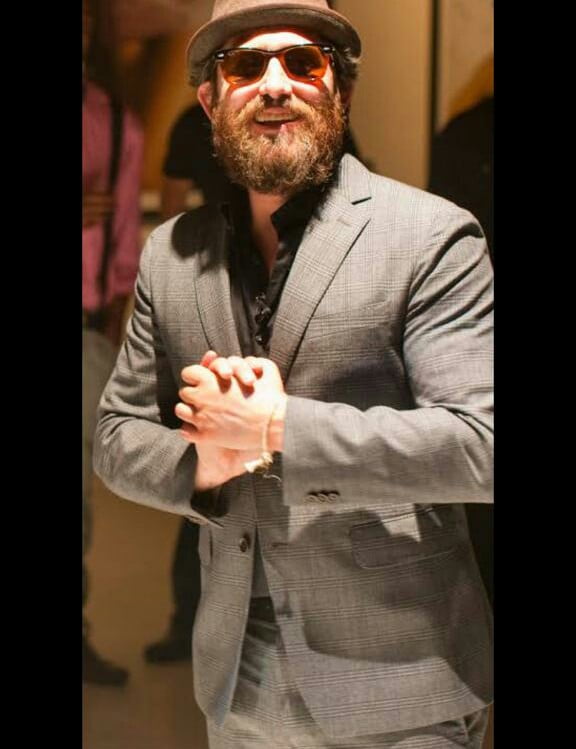 Jeremy Corbell born Jeremy Kenyon Lockyer Corbell  is an American documentary filmmaker photographer, fashion designer, author and a contemporary artist currently based in Los Angeles, California. He is best known for his mixed media art exhibitions that combine art, fashion and film as well as his recent film with Bob Lazer; an American scientist who claimed to have worked on reverse engineering extraterrestrial technology at a site called S-4 near the Area 51.

Lockyer would enroll and graduate from the Harvard-Westlake High School in 1995. He enrolled and attended the University of California, Santa Cruz, and graduated with a degree in Quantum Studies.

He is conversant in Jujitsu and has a Black Belt in Jujitsu. In 2001, he premiered his first book titled: Radiant Source – Cultivating Warrior Consciousness, where he discusses about his philosophy of martial arts. Additionally, Corbell has taught Jujitsu and Yoga at the University of California Santa Cruz for many years, developing his own styles of martial and healing arts, Quantum Jujitsu and Warrior Yoga. In regards to publications, he has appeared in Black Belt Magazine, Yoga Journal among others martial arts publications. One of his Jujitsu demonstrations has received over 5.8 million views on YouTube.

Due to his prowess in Martial arts and yoga, Corbell developed a martial arts and yoga curriculum to provide training for at-risk youth. This includes a  Juvenile Hall yoga program to incorporate his philosophy of meaningful living with the practical instruction of Warrior Yoga. Following discharge from Juvenile Hall, students continue instruction during and after their probation period.

In the year 2004; while traveling overseas to Nepal and India, Corbell got fatally sick. He contracted a near-fatal respiratory disease termed as Valley Fever. The disease took a toll on his health, experienced daily fevers, hallucinations and distorted vision losing more than 35 pounds (16 kg). Fortunately he made it home to be treated by doctors at UCLA. He was not able to practice martial arts for over a year due to medical complications. This is when he focused more on arts.

Corbell began secretly harvesting local building demolitions for early-century windows and doors in the Los Angeles area In 2004. He would recycle them into art installations. Over the years, he has exhibited numerous bodies of work in avant-garde locations, private settings and galleries across the United States. His invitational art events have generated national interest and international recognition.

Some of the exhibitions by Corbell are as follows:

Death to Life: Corbell disassembled computers and embedded them into vintage doors and windows harvested from local Los Angeles demolitions. The pieces were distributed throughout the Los Angeles area and showed rotating imagery and sounds from his travels in Nepal and India.

Factory Girl Exhibition: In coordination with a pre-premiere of the Factory Girl (2006 film), Corbell exhibited an original body of work as part of a comparative exhibition with a series of privately owned Andy Warhol paintings.

ICON: Life Love & Style of Sharon Tate: In honor of the 40th anniversary of Sharon Tate’s passing, with the blessing of the Tate family he created a 350-piece historic art exhibition celebrating Sharon Tate’s style and life. The art and fashion based exhibition showcases images of her wardrobe by designers such as Christian Dior, Thea Porter, Ossie Clark and Yves Saint Laurent.

Corbell launched his art-apparel line called ICON Apparel in the Summer of 2010.The line launched at Fred Segal in Santa Monica California and was limited edition. ICON Apparel was inspired by Corbell’s mixed media art and is a collaboration with Five Four Clothing’s Creative Director Andres Izquieta . Each piece from the ICON apparel was hand-touched and autographed by the artist.

The film maker partnered with Bob Lazer; an American scientist who claimed to have worked on reverse engineering extraterrestrial technology at a site called S-4 near the Area 51. The duo produced the film titled Bob Lazar: Area 51 & Flying Saucers. The film is a feature-length documentary focused on the claims of Bob Lazar that he back-engineered alien spacecraft from another world for the United States military at a secret base called S-4 (near Area 51). On June 21st 2019, the duo met with Podcaster Joe Rogan to discuss more on the film and have an extensive talk on UFOs. The documentary is featured on Netflix’s list of documentaries.

Corbell occasionally makes appearances and gives presentations on the current state of his investigative work regarding technology, UFOs and government interest. He has been featured in numerous television, events and mass-media publications including:

In 2015, Corbell was a keynote speaker at the year’s International UFO Congress, where he presented a multimedia lecture on his investigations into the beliefs of his film subjects. In promotion of the 2015 International UFO Congress, Corbell went on the Fox News Channel with anchor John Hook for a 24-minute, un-edited interview to discuss the UFO topic. Corbell maintained that, “To believe we are the only life in the Universe, is a monumental lack of imagination”.

FanX (formerly Salt Lake Comic Con) hosted Corbell and his mentor in journalism George Knapp (journalist) to discuss his film and research into the famous Skinwalker Ranch where a Defense Intelligence Agency study was performed on UFOs and the paranormal.

Cheddar hosted Corbell from the floor of the New York Stock Exchange (NYSE) to discuss his movie projects and current film releases.

In regards to filmography; Corbell has consulted on films such as I Am Number Four and Bunraku. He has also been involved in the developing of video games such as UFC Undisputed 2010. One of his Jujitsu demonstrations has received over 5.8 million views on YouTube.

Additionally,Corbell has made a number of experimental and documentary films, including: