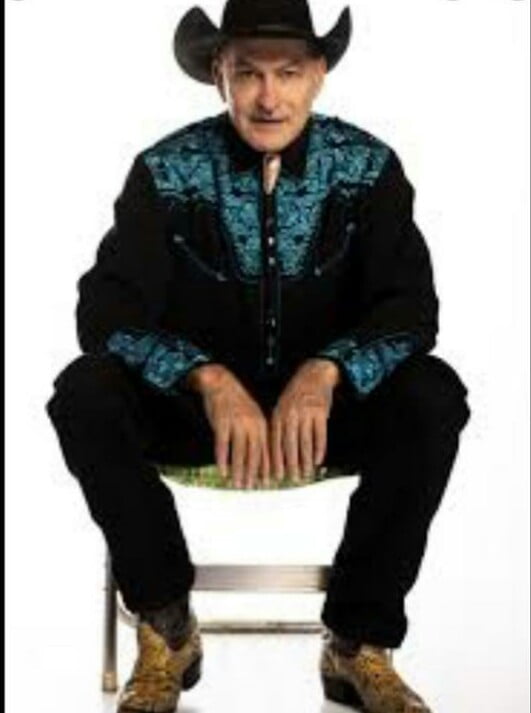 Joe Bob Briggs, born John Irving Bloom is an American Television host, radio host, actor, comedian, composer and writer. He is a nationally syndicated “drive-in movie critic” whose wisecracking take on B-movies was featured on two long-running late-night television shows, first on The Movie Channel and then on TNT.

Briggs was born on January 27, 1953, in Dallas, Texas, the United States. He was raised in Little Rock, Arkansas. He is 69 years old as of 2022. He is an American by nationality and he belongs to white ethnicity.

Briggs is a married man. He has been married twice. He married Joyce Karns on September 2, 1978, they divorced later on August 7, 1979. He then married Paula Leigh Bowen on July 3, 1988. We have no details regarding his children.

Briggs attended Parkview High school in Little Rock, Arkansas. After he graduated; he joined Vanderbilt University on a sports-writing scholarship where he graduated with a degree in Literature. He began his writing career at Texas Monthly and Dallas Times Herald. While a movie reviewer at the Herald, he created the humorous persona of “Joe Bob Briggs” to review exploitation films and other genre films.

In April of 1985, Joe Bob wrote a parody of “We Are The World”, entitled “We Are The Weird”, which landed him into some hot water. John Wiley, an Dallas County Commissioner, said Joe Bob was making fun of starving African children. Joe Bob was later fired for the incident. Joe Bob returned to Dallas to find over 2,000 letters of support just after the first day of being fired. He was soon picked up by the Universal Press within three days of getting the shove off.

In July 1985, Joe Bob held a show in Cleveland, Ohio called “An Evening With Joe Bob”, which would later be re-titled “Joe Bob: Dead In Concert”. Joe Bob’s one-man show had storytelling, comedy skits, and music that was performed in more than 50 venues over the next two years, including Caroline’s in New York, convention centers, theaters, music clubs, comedy clubs, and regular engagements at Wolfgang’s and the Great American Music Hall in San Francisco. Around 1986, after seeing him on a stage show, The Movie Channel asked Joe Bob to be a guest host on a weekly movie show “Drive In-Theater” which we now know as “Joe Bob Brigg’s Drive-In Theater”.

Joe Bob was so good The Movie Channel hired him as the show’s permanent host and even gave him a long-term contract. Drive-In Theater would usually show B-movies & cult movies and would have a special movie rating system of things to look out for in each film being shown. Drive-In Theater soon became The Movie Channel’s highest-rated show and it ran for almost ten years.

Even though the show was getting good ratings and was nominated twice for the industry’s Cable ACE Award, The Movie Channel canceled it when they decided to change their overall format in 1996. Joe Bob was only off the air during a four-month period when TNT hired him to host “Joe Bob Brigg’s Last Call” which became “Joe Bob’s Hollywood Saturday Night”. Joe Bob then took over the new show which was called “MonsterVision” after the former guest hosts, Penn and Teller quit.

While working in TV, Briggs remained active as a writer, working as a contributing editor to the National Lampoon, freelancing for Rolling Stone, Playboy, the Village Voice, and Interview. He was the regular humor columnist and theater critic at the National Review, and he published five books of satire–Joe Bob Goes to the Drive-In, A Guide to Western Civilization, or My Story, Joe Bob Goes Back to the Drive-In, The Cosmic Wisdom of Joe Bob Briggs, and Iron Joe Bob, his parody of the men’s movement. He also wrote and performed in special shows for Fox and Showtime, and collaborated with veteran comedy writer Norman Steinberg on an NBC sitcom that remains unproduced.

His two syndicated newspaper columns–“Joe Bob Goes to the Drive-In” and “Joe Bob’s America”– were picked up by the New York Times Syndicate in the ’90s, and he continued to write both until putting the columns on hiatus in 1998. For one year he wrote a humorous sex advice column in Penthouse. In November 2000 he started writing the “Drive-In” column again, this time for United Press International, along with a second column, “The Vegas Guy”, which chronicles Joe Bob’s weekly forays into the casinos of America. In 2003, Joe Bob delivered Profoundly Disturbing: Shocking Movies That Changed History.

In 1998, Bloom retired from writing newspaper reviews, only to return two years later due to popular demand and continue his column as Joe Bob with UPI. Bloom has also appeared on television as a host of TNT’s MonsterVision horror movie marathons and has an internet website, The Joe Bob Report with collections of movie reviews and other articles.

Bloom was president of the Trinity Foundation of Dallas, Texas, a non-denominational, non-profit public foundation that serves as a religious watchdog group and publishes The Door, a Christian satire magazine, of which Bloom was a regular columnist and investigative reporter. Some of the efforts of Bloom’s religious watchdog reporting and satire were featured (under his given name John Bloom) in God Stuff, a regular segment in the first two seasons of The Daily Show. In addition, some of his writing can be seen in Choice: The Best of Reason, a compilation of the libertarian magazine’s work over the past four decades. As of Halloween 2007, Bloom is Head Online Doorkeeper of the Wittenburg Door (the misspelling is deliberate), a magazine of religious satire.

While waiting for a chance to host a new show, he has written seven books and has recorded 12 DVD commentaries. Joe Bob has a long line of die-hard fans that love him because of his of passion for B-movies, Cult & Horror Movies and just a love of cinema in general. He is also a big supporter of keeping the few Drive-Ins we have standing alive.

In July 2018 Joe Bob announced he would be hosting a 24-hour horror marathon on SHUDDER entitled “The Last Drive-In”.

Here’s to Joe Bob Briggs. Thanks for reminding us that the Drive-In will never die!

Briggs estimated net worth is under review will post Net worth here soon, and Primary income from the Movie actor. We don’t have enough evidence on Briggs cars and lifestyle. We will update this information soon.