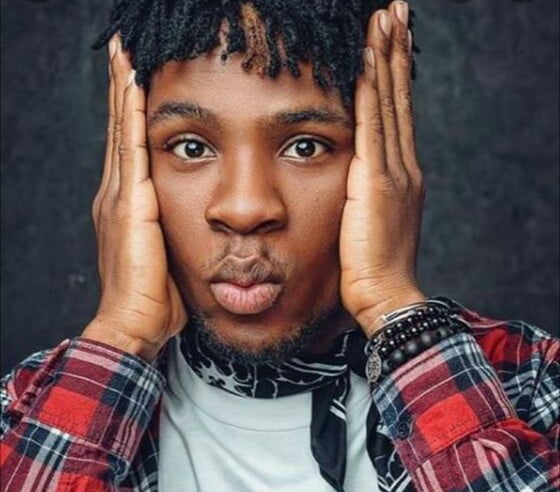 Joeboy (Full name: Joseph Akinwale Akinfenwa) is a well known Nigerian singer and songwriter. Mr. Eazi of the record label “Empawa Africa ” discovered him in 2017. His genre of music is that of Afro-pop and R&B.

Akinwale stands at an average height and has moderate weight. He appears to be quite tall in stature in his photos, relative to his surroundings, which are anything to go by. However, details regarding his actual height and other body measurements are currently not publicly available. We are keeping tabs and will update this information once it is out.

Akinwale completed pre-tertiary education, and later on studied at the University of Lagos (UNILAG), where he graduated with a Bachelor’s Degree in Human Resources Management.

Akinwale was born and raised by his parents in Lagos State, Nigeria. Our efforts to find out more about his family came to no avail as no such information is publicly available. Thus, the identity of Akinwale’s parents is still unclear. It is also not known if he has any siblings. We will update this section once this information is available.

Akinwale is not yet married but it is believed that the famous Nigerian singer is currently in a relationship with a mystic lady whose identity is not known. Joebnoy who has massive female fans took to his Twitter page to share photos of himself and his unidentified lady who we suspect is his girlfriend.

As of 2020, there isn’t any documented report about Akinwale having kids. He is currently concentrating more on his career rather than starting a family. However, we are keeping tabs and will update you once this information is available.

Joeboy has an estimated net worth of $750,000 as of 2020. This includes his assets, money, and income. His primary source of income is his career as a singer. Through his various sources of income, he has been able to accumulate a good fortune but prefers to lead a modest lifestyle.

Here are some interesting facts and body measurements you should know about Akinwale.

Akinwale made his debut on October 26, 2018, by unleashing the Mr. Eazi-assisted track ”Faaji”, he used his portion of the grant he got from emPawa100 to shoot a clip for the song.

He unleashed his single ”Baby” on March 1, 2019, it garnered 20 million streams across YouTube and Spotify in 2019. The visualizer music video for ”Baby” surpassed 31 million views on YouTube.

On August 15, 2019, he unleashed the killertunes-produced track ”Beginning” The visualize music video for “Beginning” surpassed 23 million views on YouTube. In it, he finds himself developing feelings for a friend whose advances he had initially dismissed.

In November 2019, he unleashed his debut extended play Love and Light. It was released by emPawa Africa and was supported by the singles ”Baby” and ‘Beginning”. The EP also contains the Mayorkun-assisted track “Don’t Call Me” and “All for You”.

Akinwale is a well known Nigerian singer and songwriter. Mr. Eazi of the record label “Empawa Africa ” discovered him in 2017. His genre of music is that of Afro-pop and R&B.

How old is Joeboy?

Akinwale is a Nigerian national born on May 21, 1997, in Lagos State, Nigeria.

How tall is Joeboy?

Akinwale stands at an average height, he has not shared his height with the public. His height will be listed once we have it from a credible source.

How much is Joeboy worth?

Akinwale has an approximate net worth of $750,000. This amount has been accrued from his leading roles in the entertainment industry.

Where does Joeboy live?

Because of security reasons, He has not shared his precise location of residence. We will immediately update this information if we get the location and images of his house.