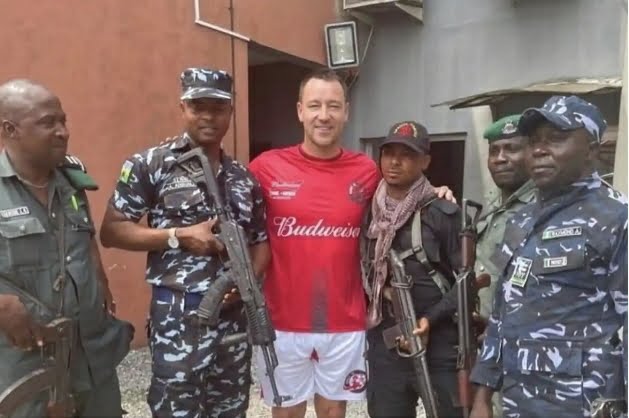 John Terry, a retired football player, is now in Nigeria for a program.

The former defender, who played for Chelsea and the Three Lions of England, was shown with some officers of the Nigerian Police Force in a photo we spotted.

Following its virality, the photo has elicited several responses from social media users. Take a look at the image below.

The following are some of the responses to the post:

okoronkwo1011 – It’s interesting to see how they value foreigners while treating their own population with contempt.

simisola236 – awon ole is your pal

Because He Is White! – east marlian

plusherie – I’m going to be robbed

ablovette – a type of ablovette. What exactly is he up to in Nigeria?