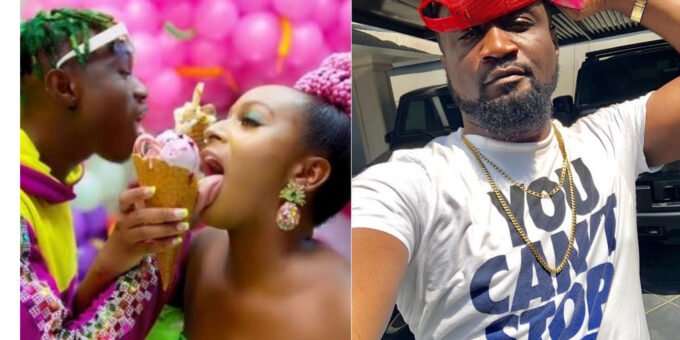 According to Okoye, the billionaire’s daughter’s inability to pronounce, may be the reason.

Wothappen.com recalls that DJ Cuppy recently made a tweet on her relationship with Zlatan. She tweeted:

“10 months later and I sometimes still wonder why @Zlatan_Ibile blocked me on WhatsApp and Instagram without ever saying why; we were actually friends…AND “Gelato” was a hit!”

To which Jude Okoye gave a witty response. He replied:

In 2019, DJ Cuppy released a song featuring Zlatan Ibile. The song, ‘Gelato’ , was inspired by Cuppy‘s viral video with her father, Femi Otedola and her sister, Temi Otedola during their vacation in Italy.

The song was an instant hit when it was released in August of that year. However, things seem to have paled between Cuppy and Zlatan, for a long time now.