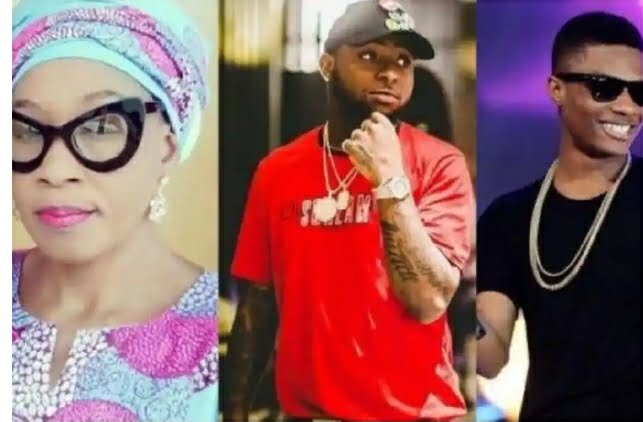 Investigative journalist Kemi Olunloyo has revealed her dying wish of seeing Davido, Wizkid, and Burna Boy do a song together before she dies as she wants that song to be played at her funeral if she goes.

Kemi Olunloyo in one of her posts revealed she’s sick and now has made her dying wish of seeing Davido, Wizkif, and Burna Boy on the same song known and that has create fear in our hearts wondering if anything is wrong with her that has made her talk about death and her dying wish now.

According to her, she wants to see Davido, Burna Boy, and Wizkid do a song together before she dies as she has been a music journalist 27yrs among other news beats, a music publicists and a Canadian Grammy judge hence that’s all she needs right now.

MORE:  ‘Drop Me Pls’ – Lady Recounts How A Man Who Gave Her A Free Lift Sent Her To Buy Roasted Corn

Kemi Olunloyo then added that when she dies, the song that Wizkid, Davido, and Burna Boy will come together to do must be played at her funeral reception as that will make her so proud as an angel calling on these 3 to do it for her.

Davido, Wizkid, and Burna Boy are part of the great musicians Nigeria have and they put them out there always but they seem to be competing with each other low-key and even though they claim they have no issue with each other, they aren’t friends either hence Kemi Olunloyo wants to use this opportunity to bring them together to do a song for her as her dying wish from them.

Davido’s Logistics Manager, Israel Reveals He Mastermind His Boss And Wizkid’s Peace Hug At The Club