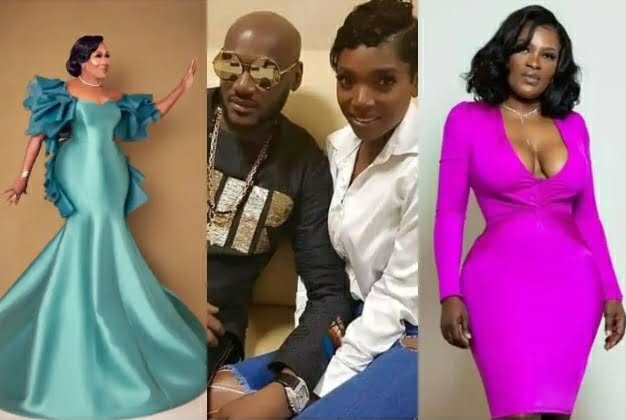 Pero yesterday served Annie Idibia, the wife of her baby daddy 2Face Idibia a lawsuit on her birthday asking her to retract some comments she made about her during her outburst on social media and also demanded N500M as compensation.

Kemi Olunloyo reacting to the lawsuit of Pero slammed her saying Annie Idibia doesn’t owe her a penny let alone N500M for defamation and libel saying Annie Idibia has apologized because she did so under pressure which she questioned before this post.

Kemi Olunloyo then went hard on Pero saying serving the wife of her baby daddy court papers on her birthday is so heartless and tasteless of her and she has totally disgraced herself with such as baby mamas do not getting involved with the marital issues of their baby daddies.

According to Kemi, Pero has chosen clout to remain in the news and that is why she served Annie with a lawsuit on her birthday asking her to leave Annie alone to enjoy her marriage and respect herself and her kids for 2Face because her action will only make them a laughingstock among their friends.

Adding that 2Face isn’t going to marry her hence she should accept that he chose Annie and she’s the only Mrs. Idibia therefore she should give them some space to enjoy their marriage and the timing of her court papers stinks.