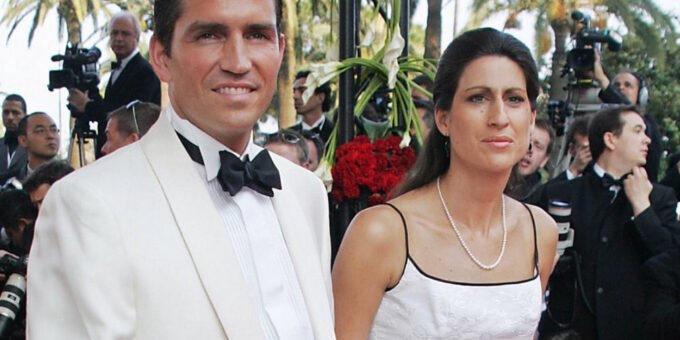 Kerri Browitt Caviezel rose to prominence as the wife of actor Jim Caviezel. He is best known for his appearance as Jesus Christ in the drama The Passion of the Christ. How much do you know about her life?

While her husband is constantly under the scrutiny of the press, Kerri Caviezel prefers a quiet lifestyle. Here is everything you need to know about her.

Kerri Browitt is from Mount Vernon, Washington State, USA. She was born to David James Browitt and Jean Vandetta. When it comes to brothers and sisters, she has three siblings, David, Jim and Kristen.

How old is Jim Caviezel wife?

Kerri was born in 1968. According to Starsgab, she celebrates her birthday on 26 September. As of 2021, James Caviezel wife age is 52 years.

How tall is Kerri Browitt?

While in high school, she got interested in playing basketball. After graduation, she applied to Western Washington University (WWU), where she joined the women’s basketball team titled WWU Vikings.

She excelled in both her studies and basketball. Furthermore, Kerri was also named the Scholar-Athlete by the National Association of Intercollegiate Athletics (NAIA).

Apart from that, she was inducted into the WWU Athletics Hall of Fame. In 1990, Kerri graduated from the university and began working as a teacher there.

Who is Kerri’s husband?

Kerri met her future husband, James “Jim” Caviezel, when she worked as a teacher. After three years of dating, the couple married in a private ceremony. It took place on 20 July 1996.

James Patrick Caviezel is a well-known American actor. He was born in Mount Vernon, Washington, in a Catholic family.

While in high school, he played basketball. He quit after injuring his foot and became interested in acting. Since then, he started visiting auditions to get a role.

In 1990, he received his first minor role in the movie My Own Private Idaho. It was the part of Airline Clerk.

Over time, he moved to Los Angeles. Between auditions, he worked as a waiter. He played many small roles in movies and television shows, including:

He continued to play minor roles until 1998. That same year, he starred as Pvt. Bell in The Thin Red Line. The film was a success.

The following year, he appeared in another successful movie titled Ride with the Devil. His popularity has skyrocketed since then. He became one of the most in-demand actors at the time.

How did James Caviezel meet his wife?

The couple got to know each other on a blind date in 1993. Their meeting was arranged by Jim’s sister, Amy. After dating tor three years, the two lovebirds made a decision to get married at the Immaculate Conception church in a small town of Roslyn, WA. The small intimate event was attended by the pair’s close friends and family.

The actor and his wife adopted all three kids, who are of Chinese descent. When the couple adopted the children, Bo and Lyn had brain tumors, and David has sarcoma on his leg. Thanks to dedication on the Caviezels’ part, all three children survived their terrible diagnoses and have been enjoying cancer-free lives since.

As of today, one can hardly find Jim Caviezel and family photos. Jim Caviezel and wife keep a low profile on social media. Jim only has an Instagram account, but it does not give even a glimpse into his family life. All that we know now is that the Caviezel family currently resides in Washington.

Kerri Browitt Caviezel continues to work as a teacher. She does not seem to enjoy the limelight, so she has not appeared in the media for a long time.

Wothappen.com recently reported about the life of Bruna Bru Luccas. She rose to fame as a model and social media personality. Although she was born and raised in Brazil, she became famous in the USA.

One of the USA’s hottest models amassed a massive fan base thanks to her workout videos. How old is she now? What is her net worth?