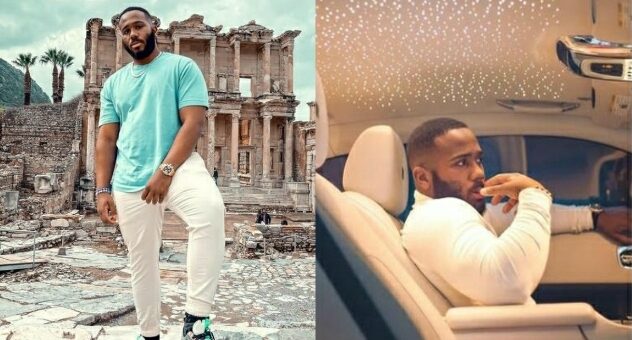 BBNaija star Kiddwaya has gone hard on some curious fans of his who wanted to know whether he’s in love or in a relationship with someone.

The fans during a question and answer session with Kiddwaya wanted to satisfy their curiosity looking at how he behaves recently online hence asked him whether he’s in love with someone and also in a relationship with the person or another.

One of the fans who weren’t bold enough to ask Kiddwaya directly whether he’s in a relationship with someone beat around the bush saying she’s asking for a friend and Kiddwaya replying to that went savage on her telling her to let her friend ask him personally.

Another who was bold enough asked him whether he is in love because he behaves like someone who is in love and Kiddwaya replying to that savagely Cîroc Black has been fvcking with his head but Mrs. Blue as he calls the new brand of Cîroc has a competition.