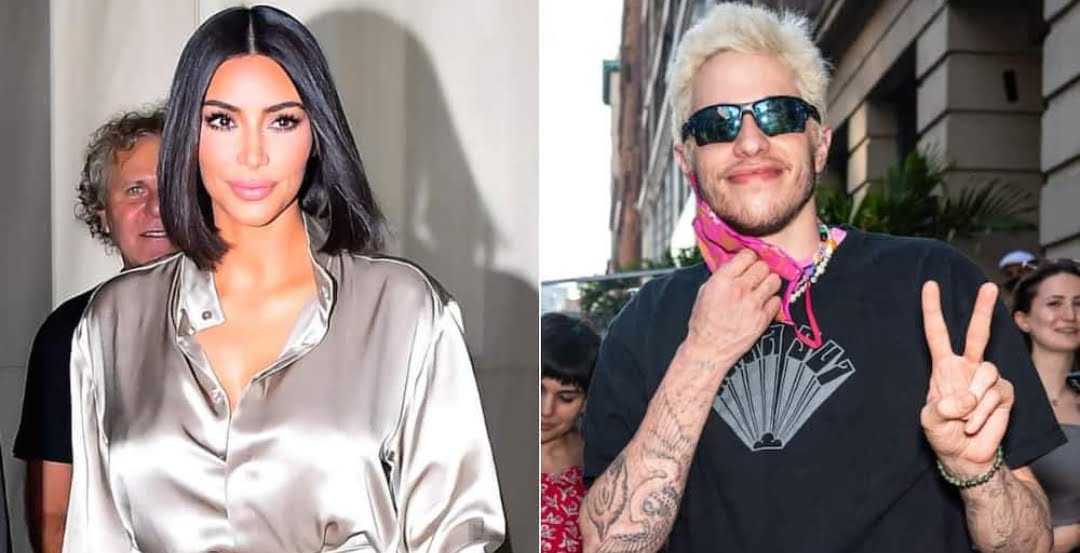 There’s a new couple in town, and no one could have predicted their pairing. In the streets of Calabasas, Kim Kardashian and Pete Davidson are all smiles as they bask in the glow of their newly confirmed romance.

What began as a kiss on Saturday Night Live has blossomed into a full-fledged love. Kim and Pete have reportedly taken their relationship to the next level, according to E! News. Despite the fact that they live on opposite coasts, the two are said to be seeing each other exclusively.

Pete was even invited to an important event at Kris Jenner’s Palm Springs house by Kim Kardashian. The 41-year-old is said to be euphoric and cheerful with the comedian, 28, and her family and friends adore her for it.

MORE:  This Is The Real Reasons Why Kim Kardashian is divorcing Kanye West

Kim and Pete have gone on a string of dates since holding hands on a rollercoaster, according to Page Six. They just celebrated his birthday with Kris and Flava Flav in California. The duo is dressed in a matching set of jammies. Is it possible to go any more serious than that?

According to Wothappen.com, Kim may be following in the footsteps of her older sister and going after the bad boy. Recently, the renowned Kardashian has been spending a lot of time with SNL actor Pete Davidson. Fans are completely engrossed in the material.

What began as a handhold on a rollercoaster has evolved into a romantic meal on Staten Island. For the second night in a row, Kim Kardashian and Pete Davidson were photographed dining together in the comedian’s hometown, according to TMZ.

These interactions bring the total number of hangouts this week to three. Everyone can smell a couple of things cooking. While love appears to be in the air for Ariana Grande and Kanye West’s ex-girlfriends, fans are still processing the possibility that Kim and Pete are dating.